Welcome to the fifth word of the Scavenger Photo Hunt for July. As always, anyone can join in with whatever inspires you and I can always add it after the sign up is closed.
This week's word is -
Bike
Ah, before the boys! DH's bike now lives in the shed in the back yard. I think the last time he rode it was before Nathan was born in 2006!
One less thing to worry about. 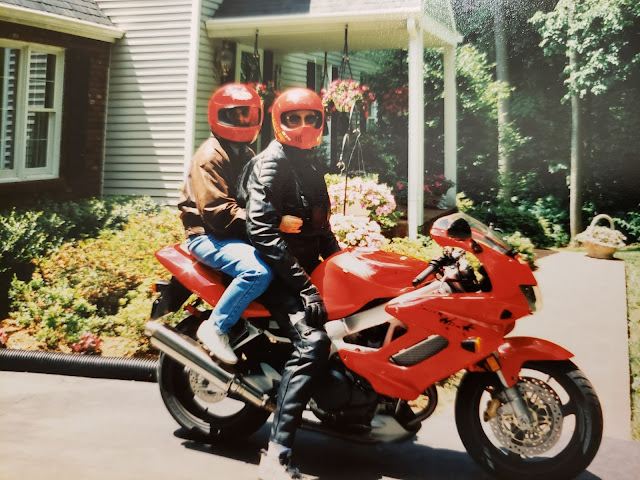 At the beach, taking a bike ride. The Gmen weren't very happy unless we were moving! 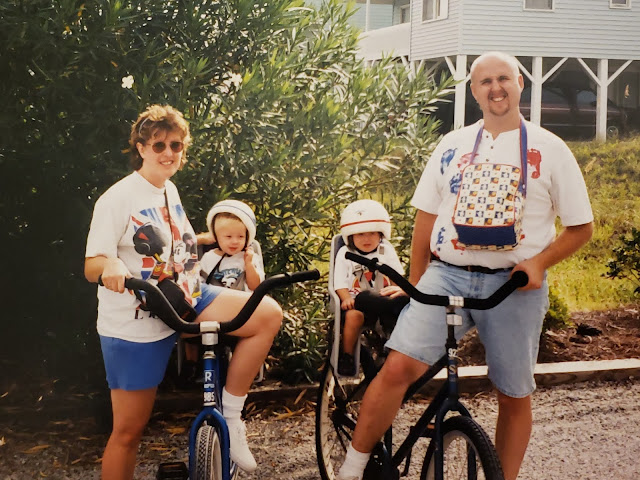 The Gmen on their "motor bikes" at Hershey Park. I think this might have been the ride they kept yelling to go faster! 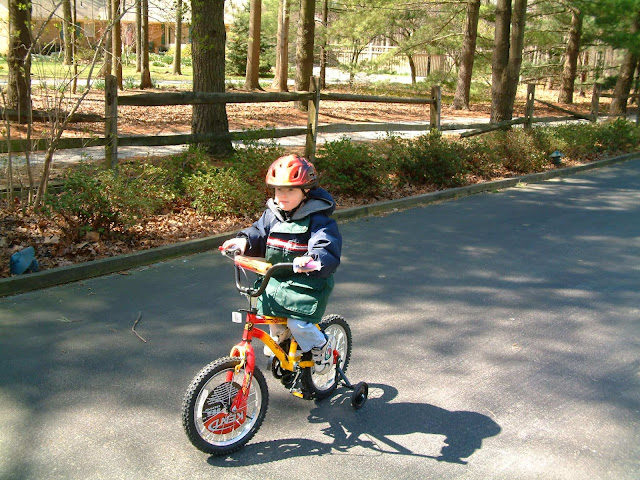 Gman2 trying out his bike. 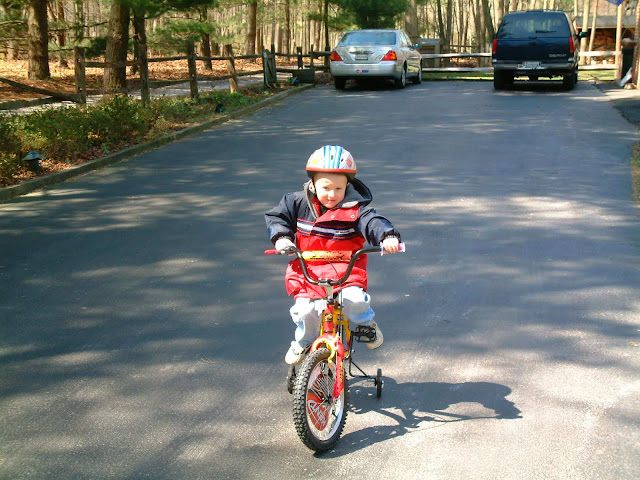 And boom, down goes Gman2. They both got knee and elbow pads after that! 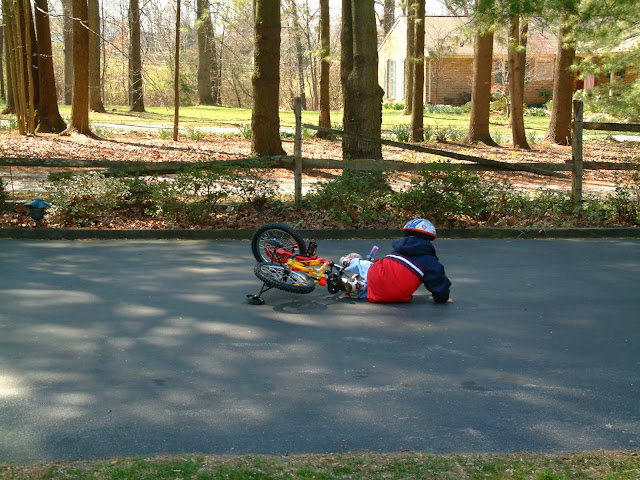 My boys and their bikes. 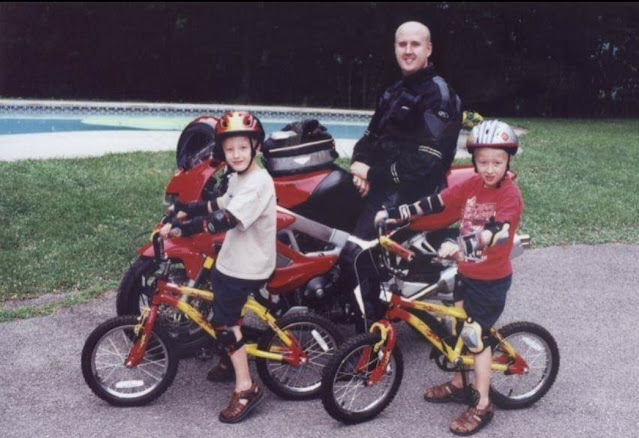 And here's Nathan's bike at the fair! 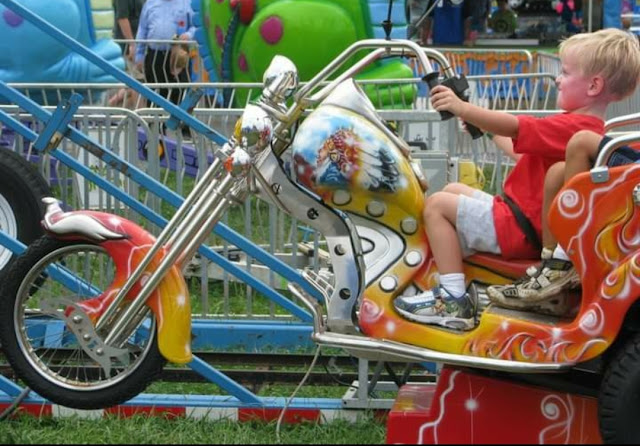 Hmm, this bike looks familiar! Gman2 helping Nathan out at Laps for Lexi. 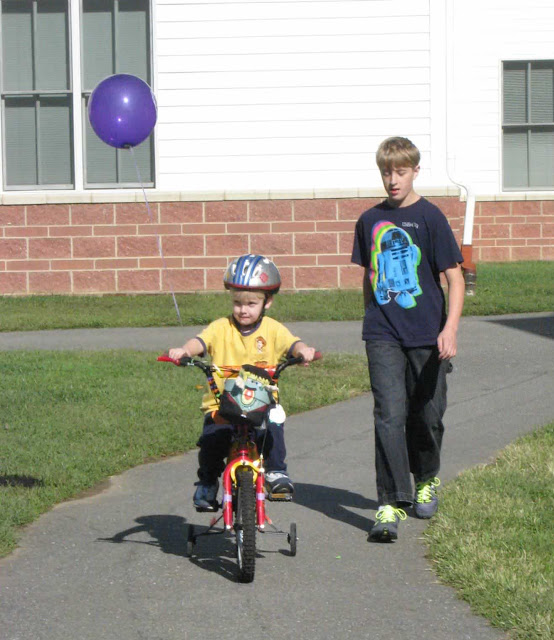 Now here's an upgrade for him, but thankfully not ours! Our old neighbour let him borrow it and he loved it. Uh, oh. 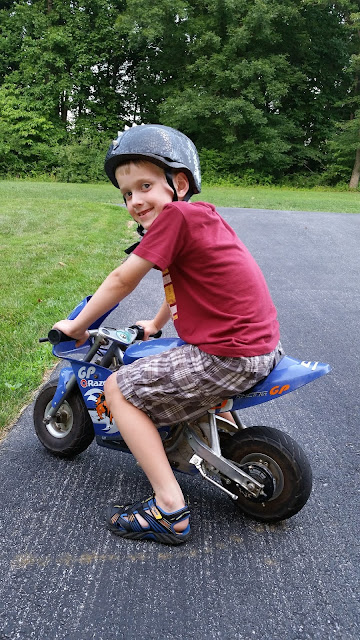 Can you spot the bike on this whirligig?
This was in North Carolina when Karen and I met there for her birthday weekend several years ago. It was a fun thing to see, nice and windy and everything was moving! 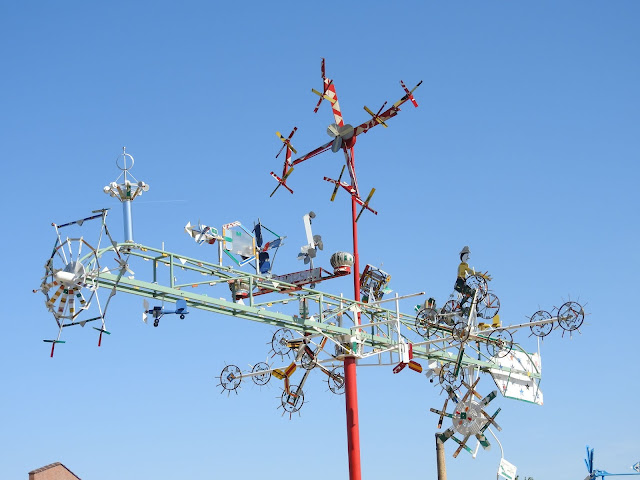 Couldn't resist this oldie taken by my Dad. I know it's technically a big wheel, but I didn't have a bike yet. 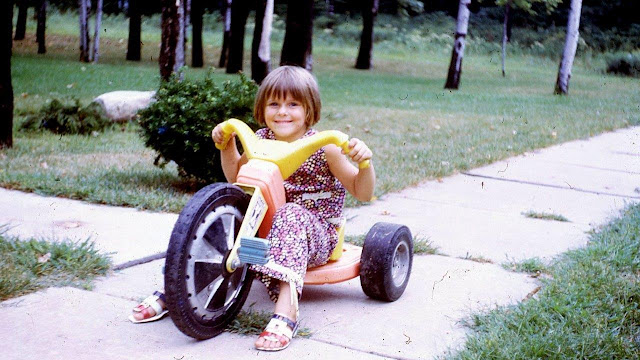 This is the only bike I've stitched. I made for my dear friend, K, and it was supposed to be for her wedding. Now it looks like a solo piece since it didn't work out. No worries, it was all for the best!
And I just noticed I didn't even finish it. 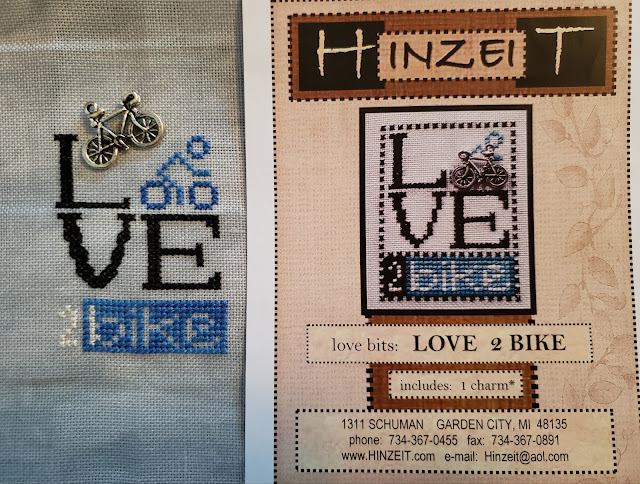 This was their wedding cake - I know I've shown this before for the word Berry, but there are bikes on it too! 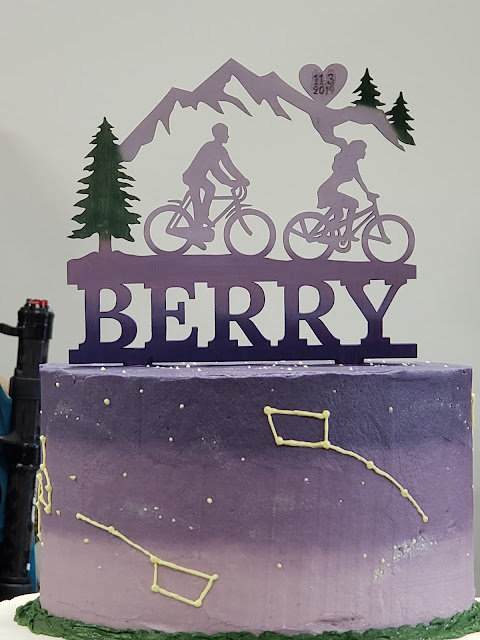 Ready or not, here are the words for August.
August 6th      Friends
August 13th     Starts with a S
August 20th   Dog
August 27th    Bucket
I'm sorry that I'm so behind on reading and commenting on the previous hunts and posts, I'll be working on that this week!
Scribbled by Astrids dragon at 00:57
Email ThisBlogThis!Share to TwitterShare to FacebookShare to Pinterest
Labels: Scavenger photo hunt

Thank you for my,ee ping on coming up with words for us Astrid. I love that whirligig … there is so much going on 😀

Somebody had fun making that fascinating whirligig! Love all your G Men pictures but my best is the one of Nathan's bike at the fair. I just love that look of determination. I see that he has an extra pair of legs, the second pair of shoes caught my eye!!

PS. Thanks for next month's words. Thinking cap on already!!

Oh suck great pictures Astrid. Sure wish my parents had been picture takers.

What a variety of bikes!

Another fun post! Seeing the smiles on the faces of your boys reminded me of our youngest son at the local fair. The absolute only ride he would go on was the bumper cars and he would grin from ear to ear the entire time. Once the ride was over around he'd line up for another go. He'd spend all his money on that ride plus all he could manage to con out of us.

Threads through my life said...

Thanks for the new words; I've already made plans, well I have to as I seem to have more than one Friday in a week.... your set of photos are lovely. I agree with Jak that the photo of Nathan at the Fair on a bike is my favourite.

Love your collection of photos Astrid especially the oldie taken by your Dad - precious memories.