Busy and some hodgepodge

Did you know that I actually have triplets?  At least when the boys are playing football I do! #3 looks just like them from the back.  Even the gmen's girlfriends get them confused until they look at their numbers! 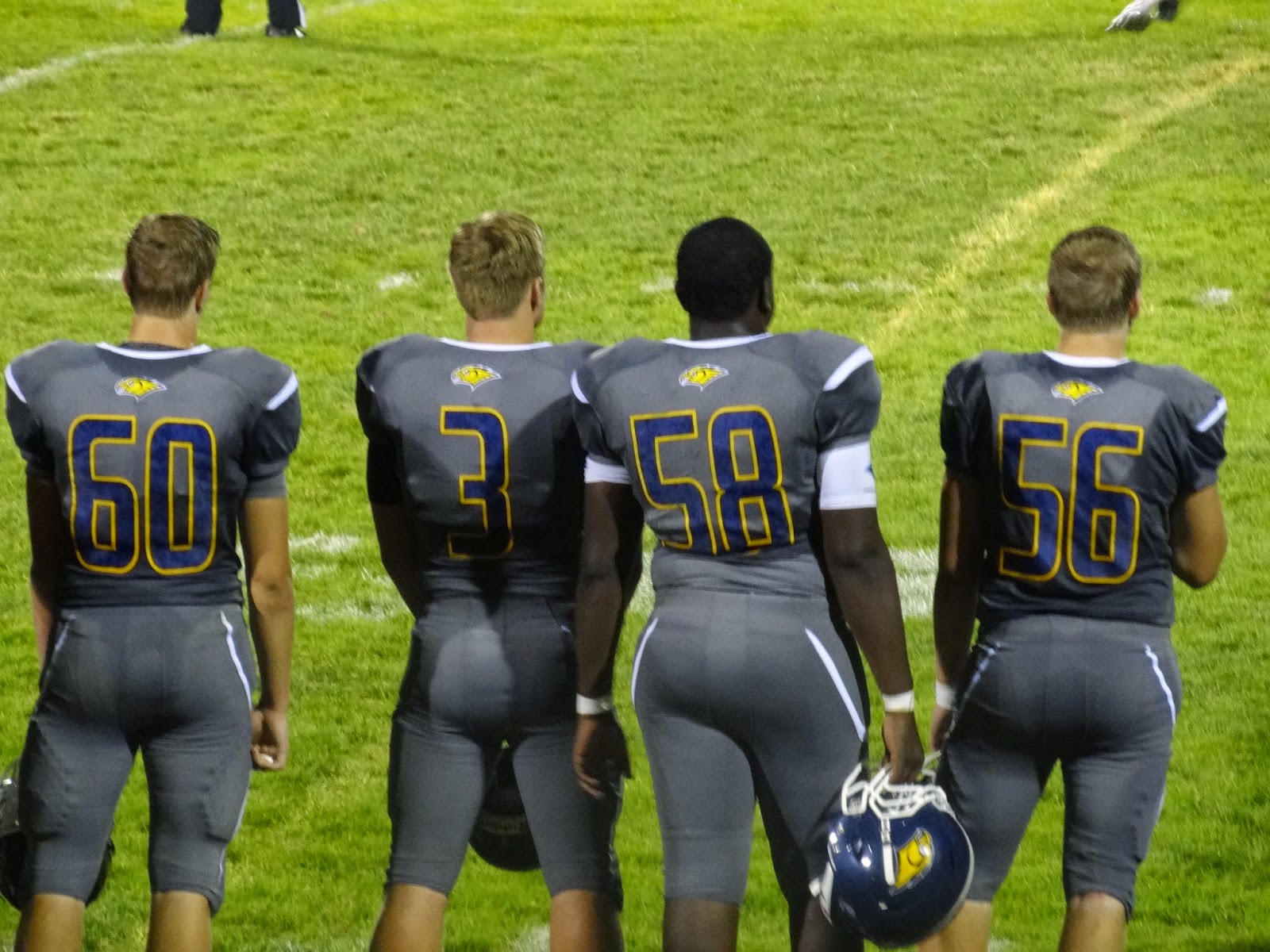 I think they're all pretty cute! 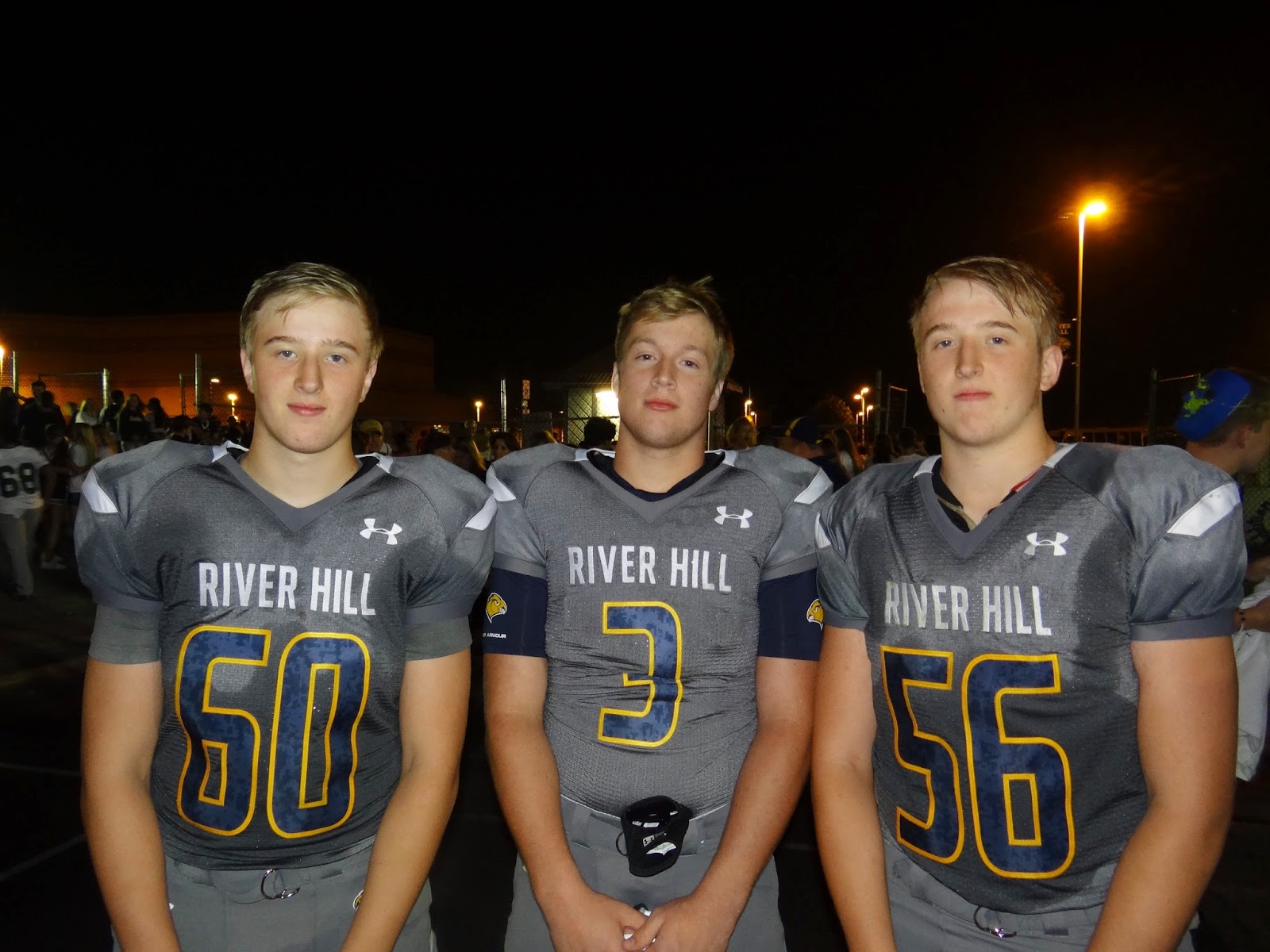 They were feeling very generous, we even got a family photo. 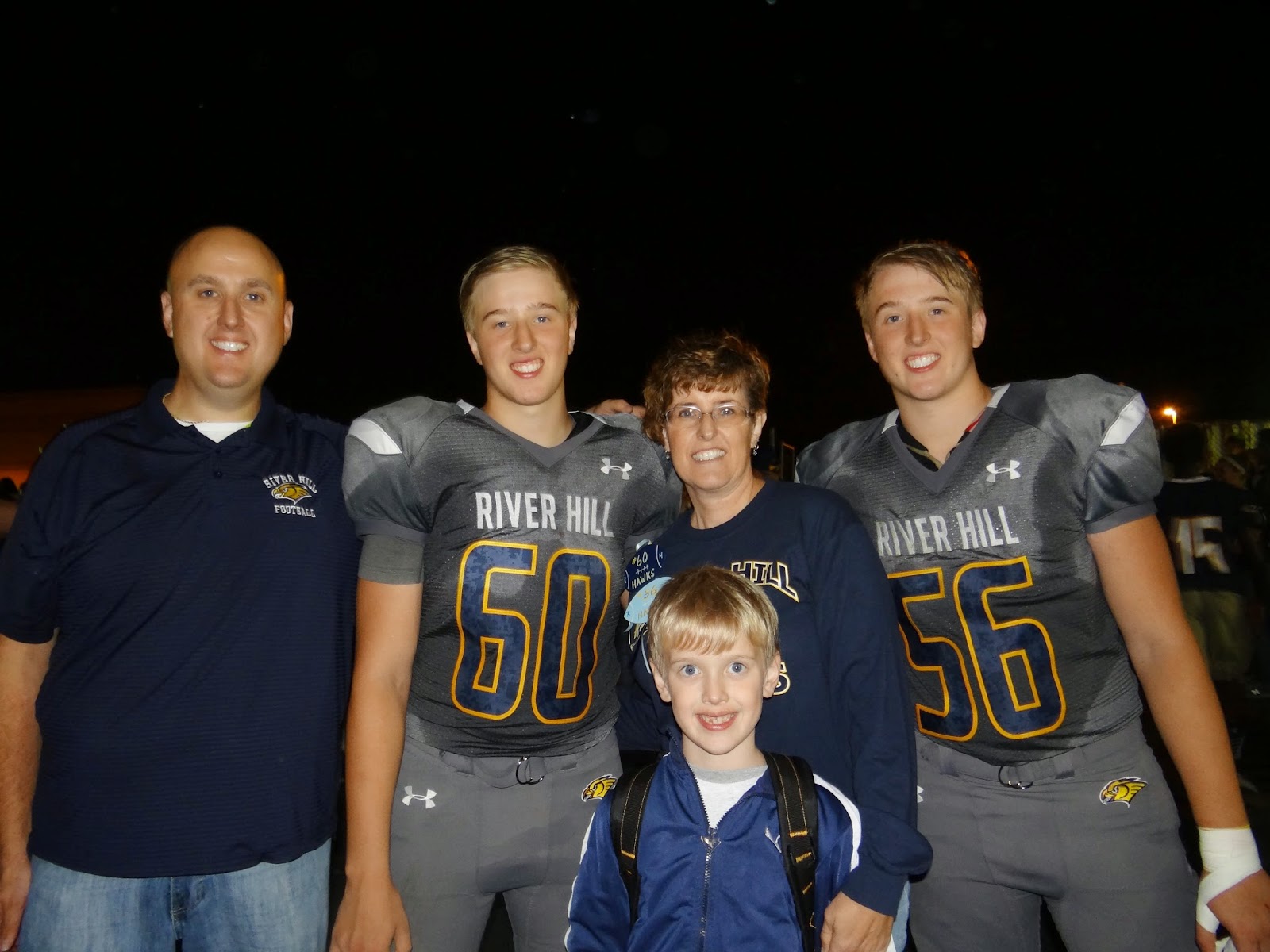 Now it's Nathan's turn for them to support him at his flag football game. 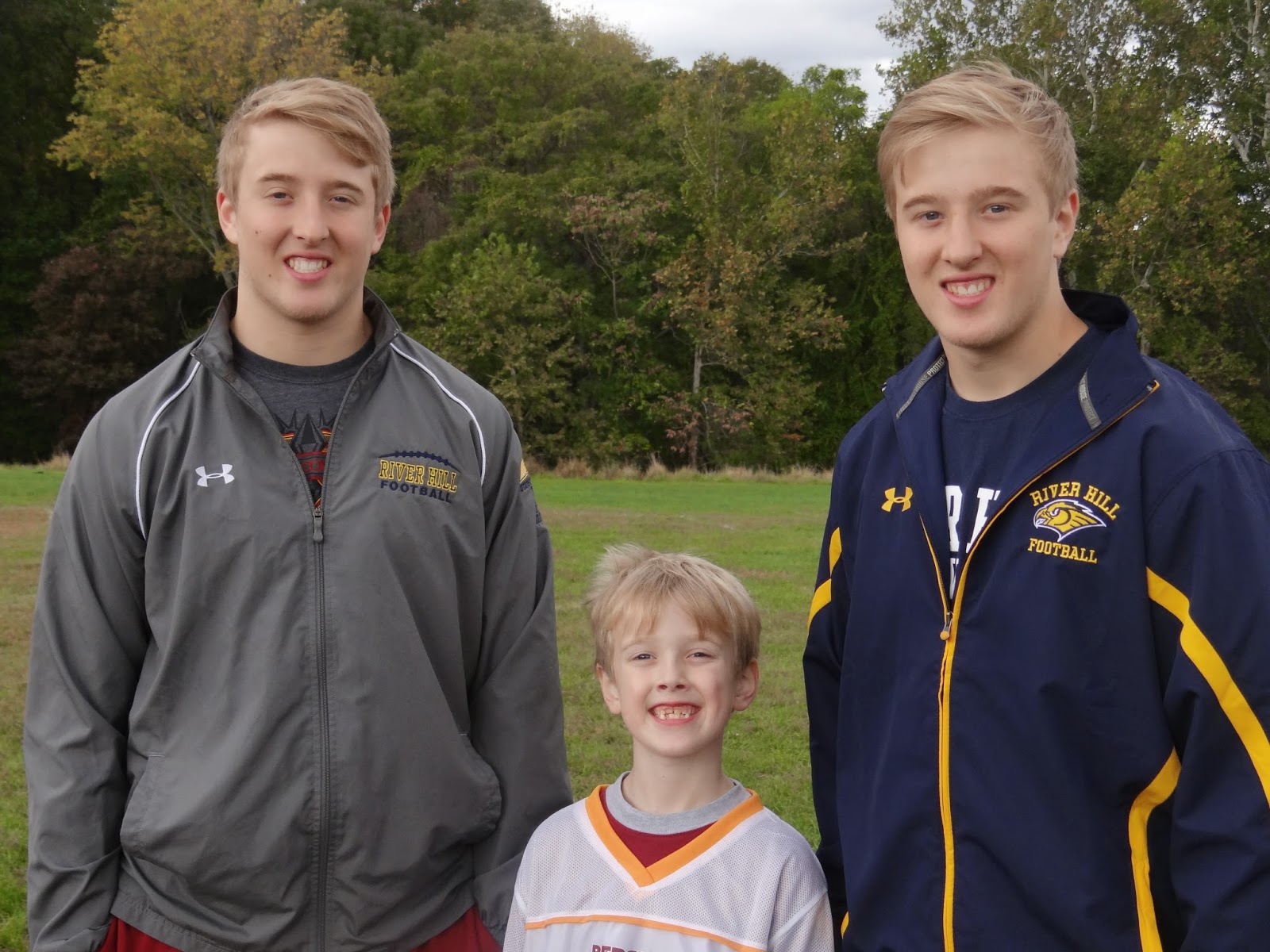 Taking a moon break by the flag. 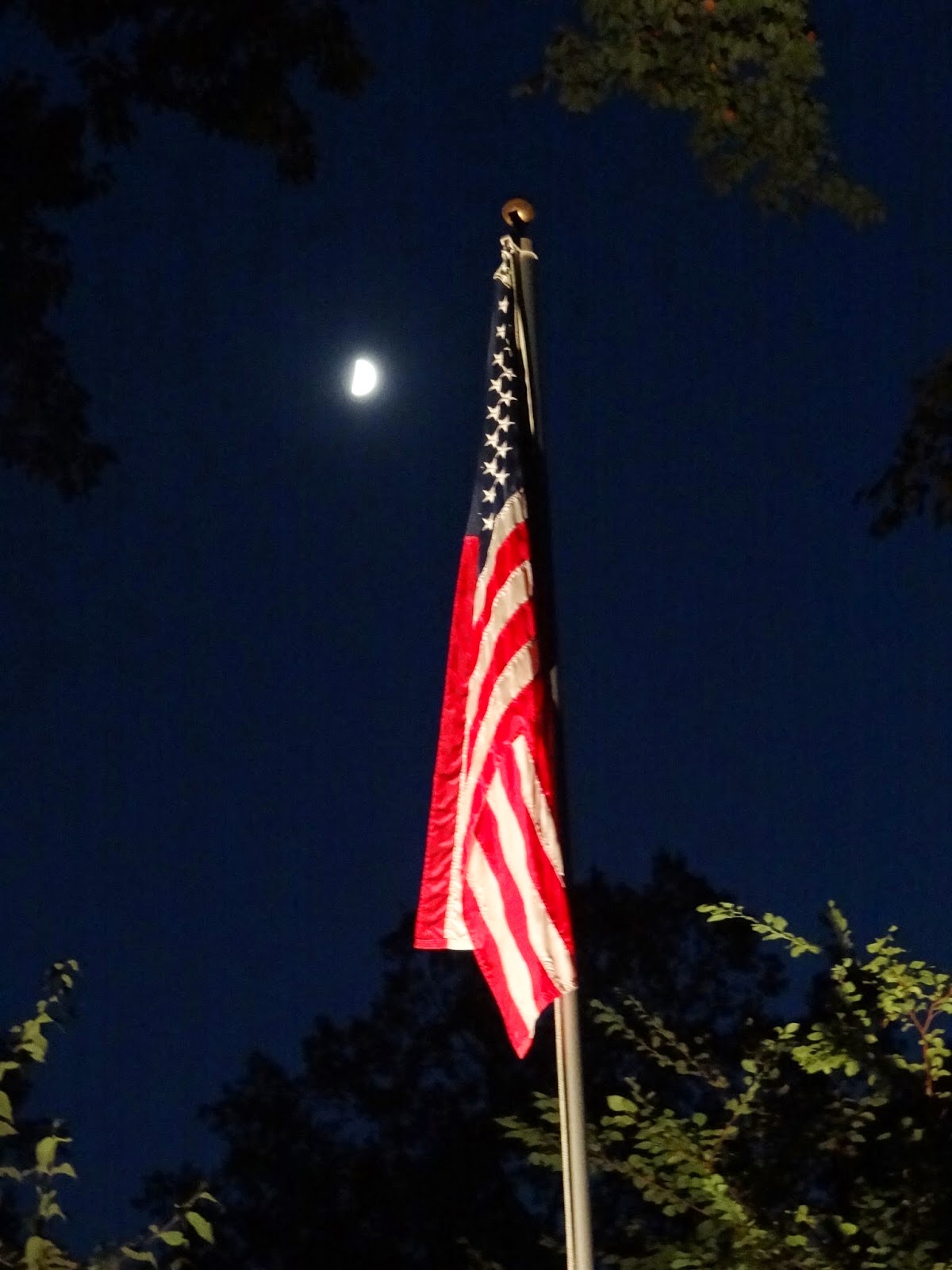 This was taken this evening during football practice. 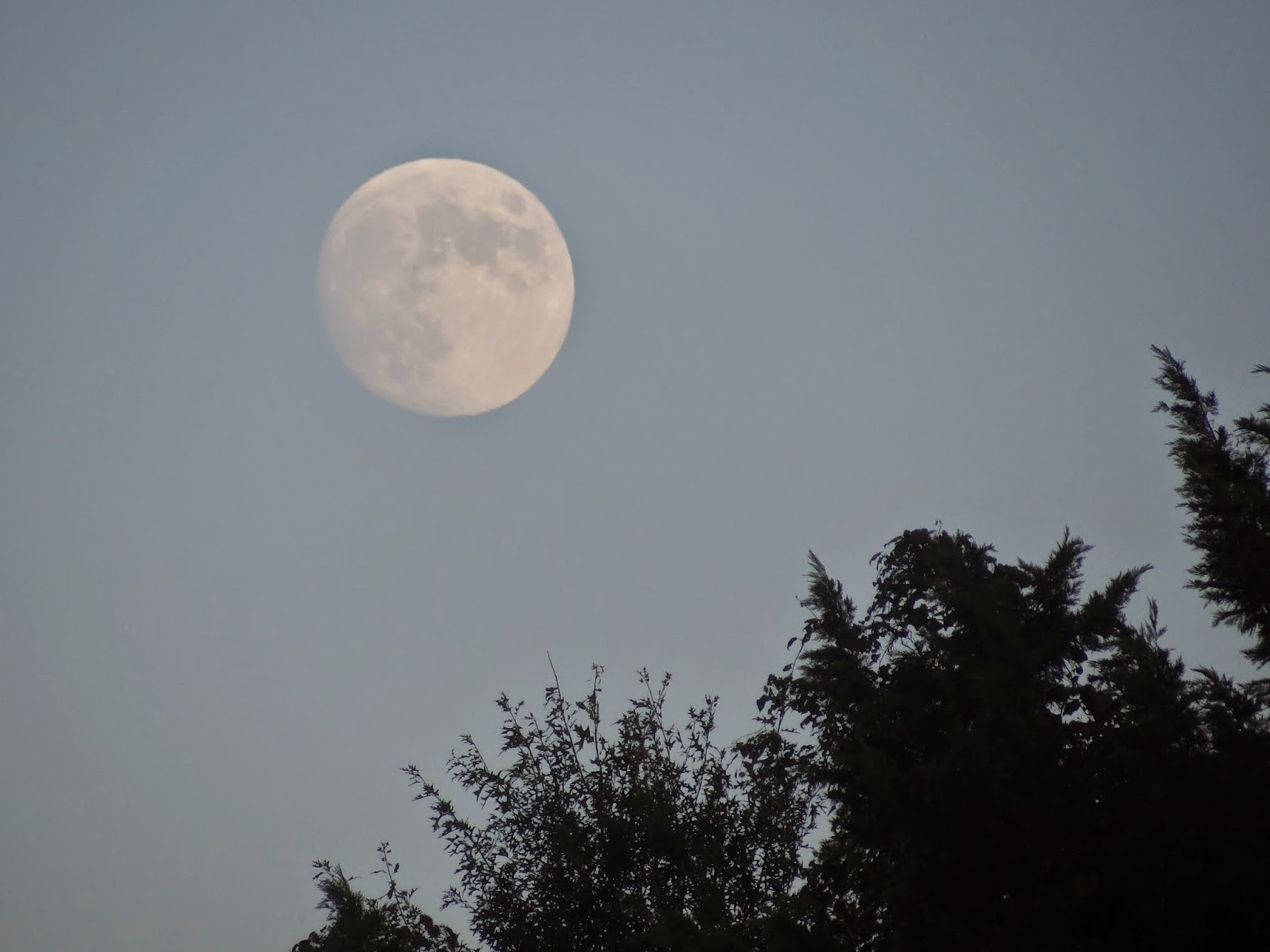 It was just a little chilly, but nothing a blankie couldn't handle.  I even got to do some stitching on my pumpkin. 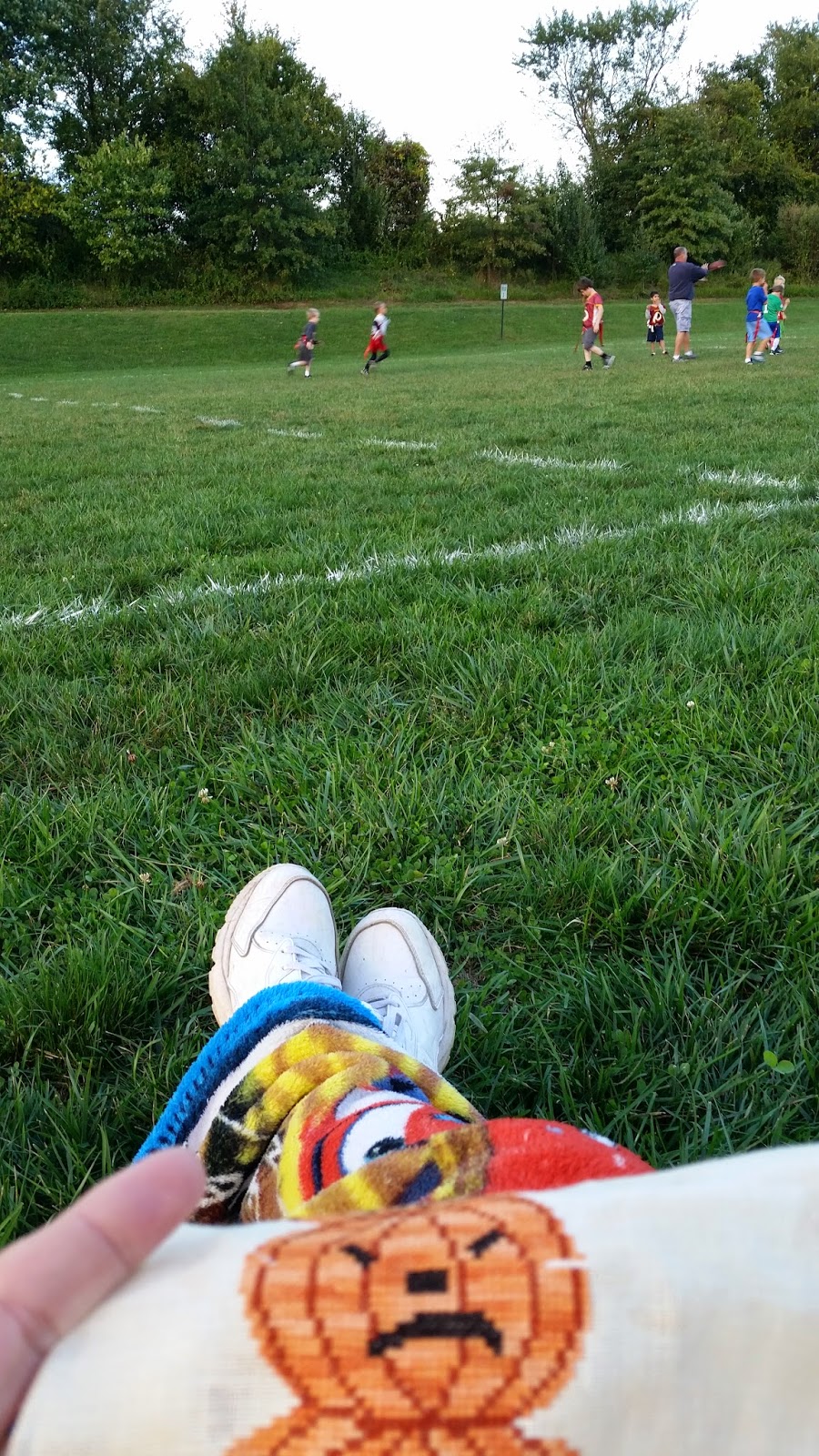 Nathan found a super power and superhero name for me...
Fast fingers is my power and you can call me Super Stitcher, I wish!  He is the Iron Kid, what a guy. 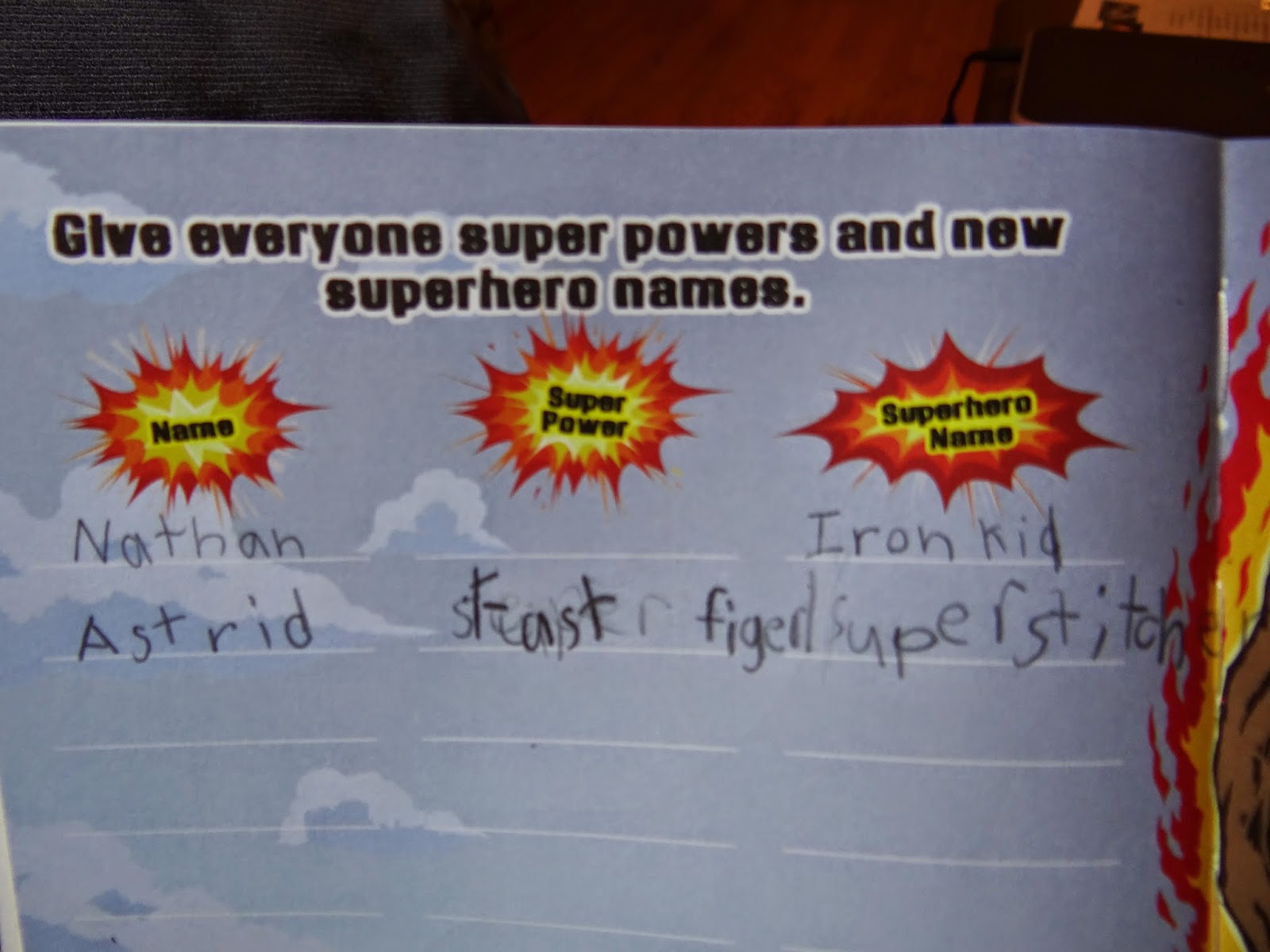 In house news, we could be moving in next week.  I can't even believe it.
A few weeks ago I came to see the kitchen counter tops and had a surprise.  The blue you see was actually supposed to be white and the white on the island was supposed to be blue.  Well, thank goodness they messed up!  The white is really bright and would have been way too much.  Divine intervention I say. 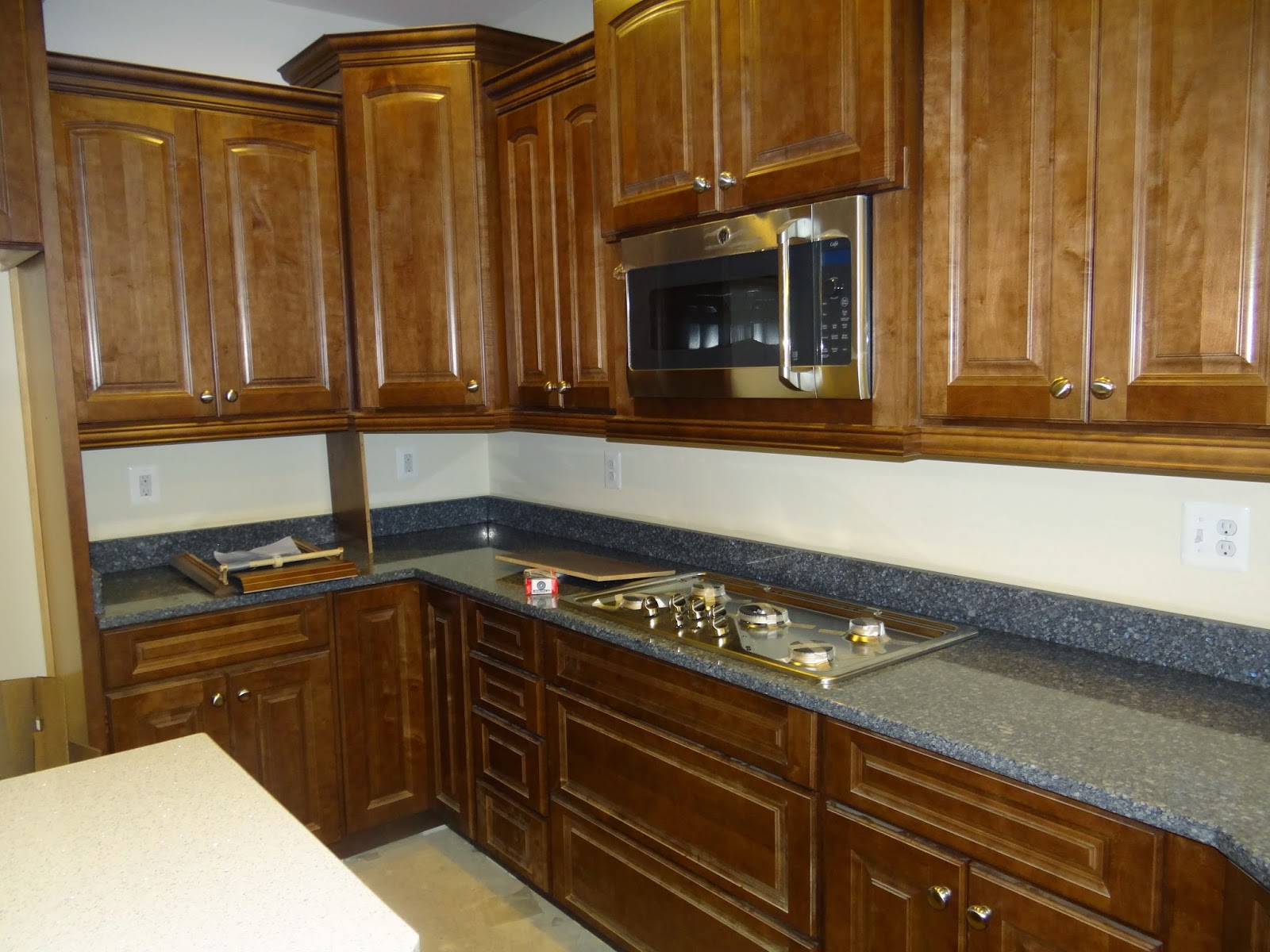 My craft room is ready enough for me, it just needs to be touched up and cleaned.  I think I know what furniture is going in there, but it won't match and I don't care!  Bring on the stitching parties. 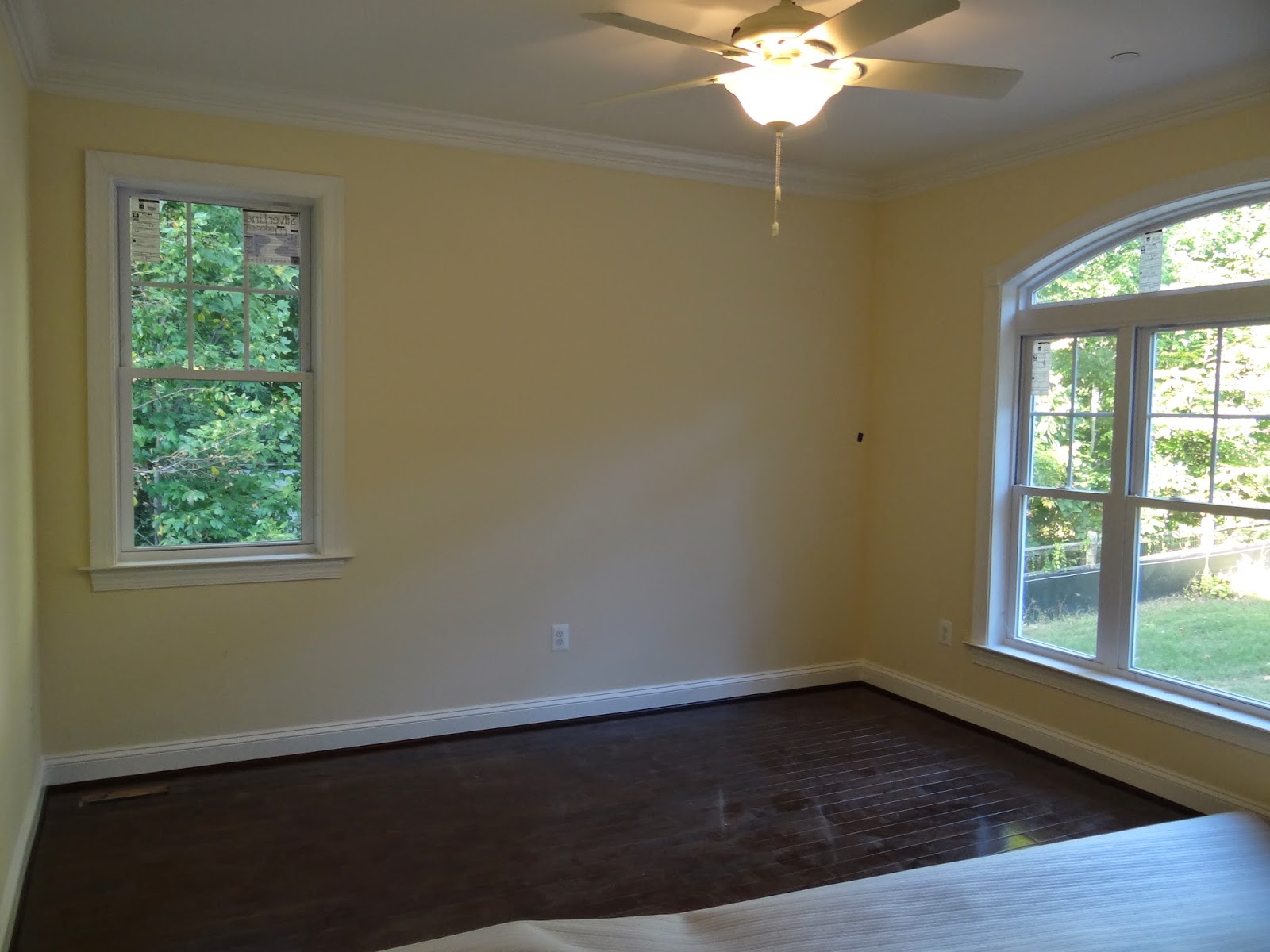