Since Nathan finished school, I took him with me when I met DJ at Peace of Pizza and The Stitching Post on Thursday.  Nathan asked me to stitch him a cat, but instead we found this for him to stitch himself.  He was so excited and couldn't wait to start! 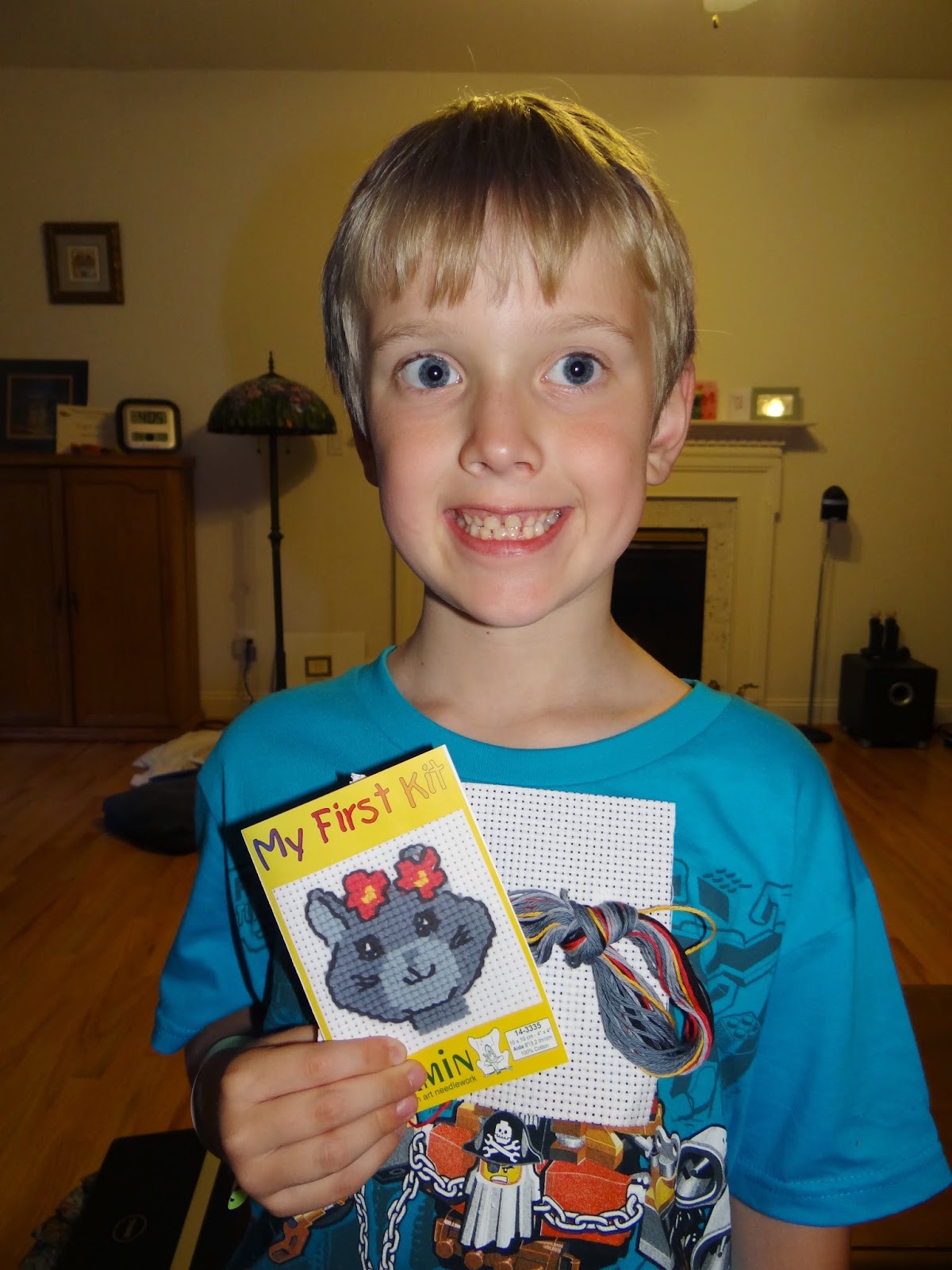 Not only was I supervising, but Max was too. 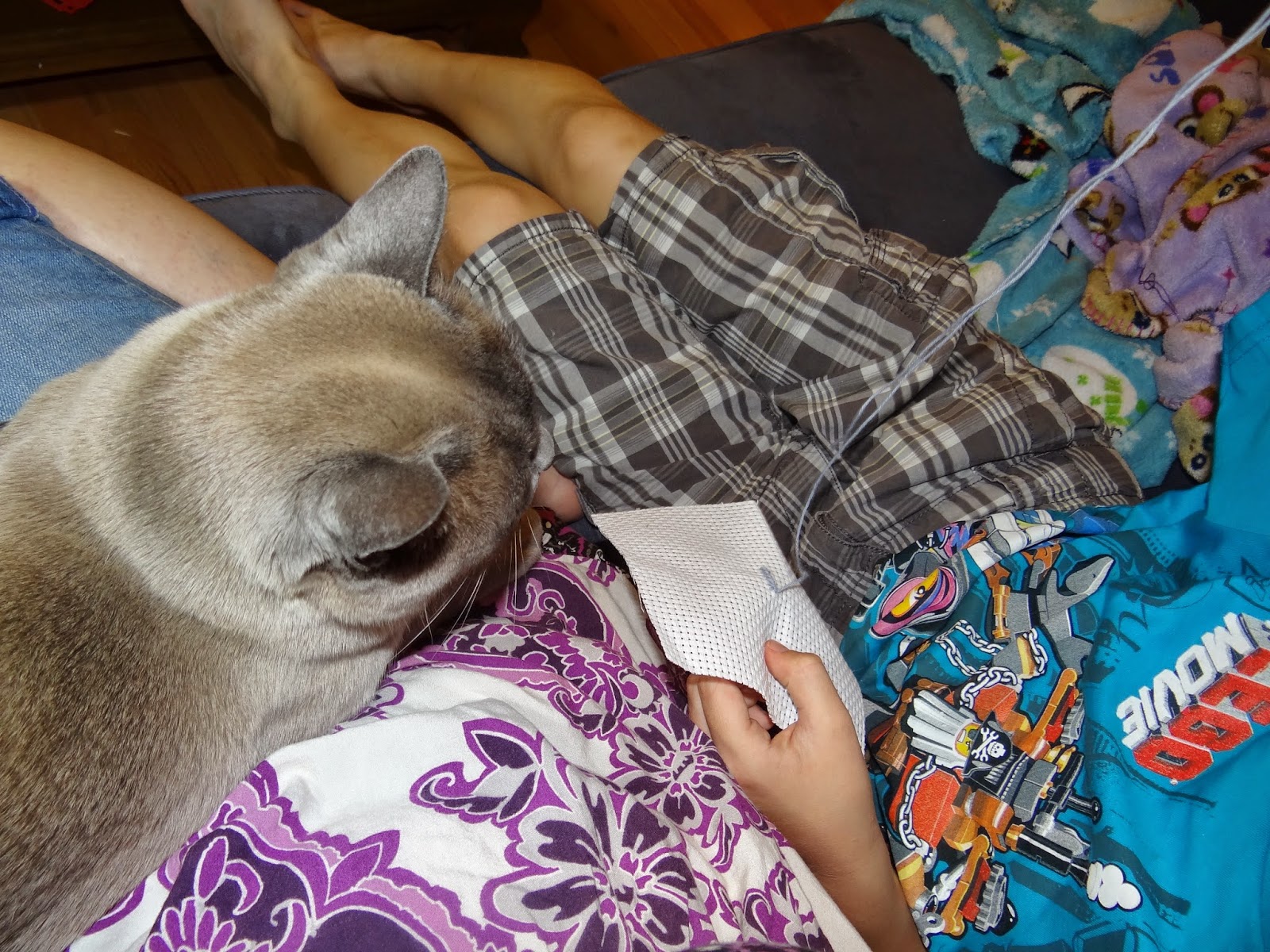 Even before breakfast he wanted to pick it up again. 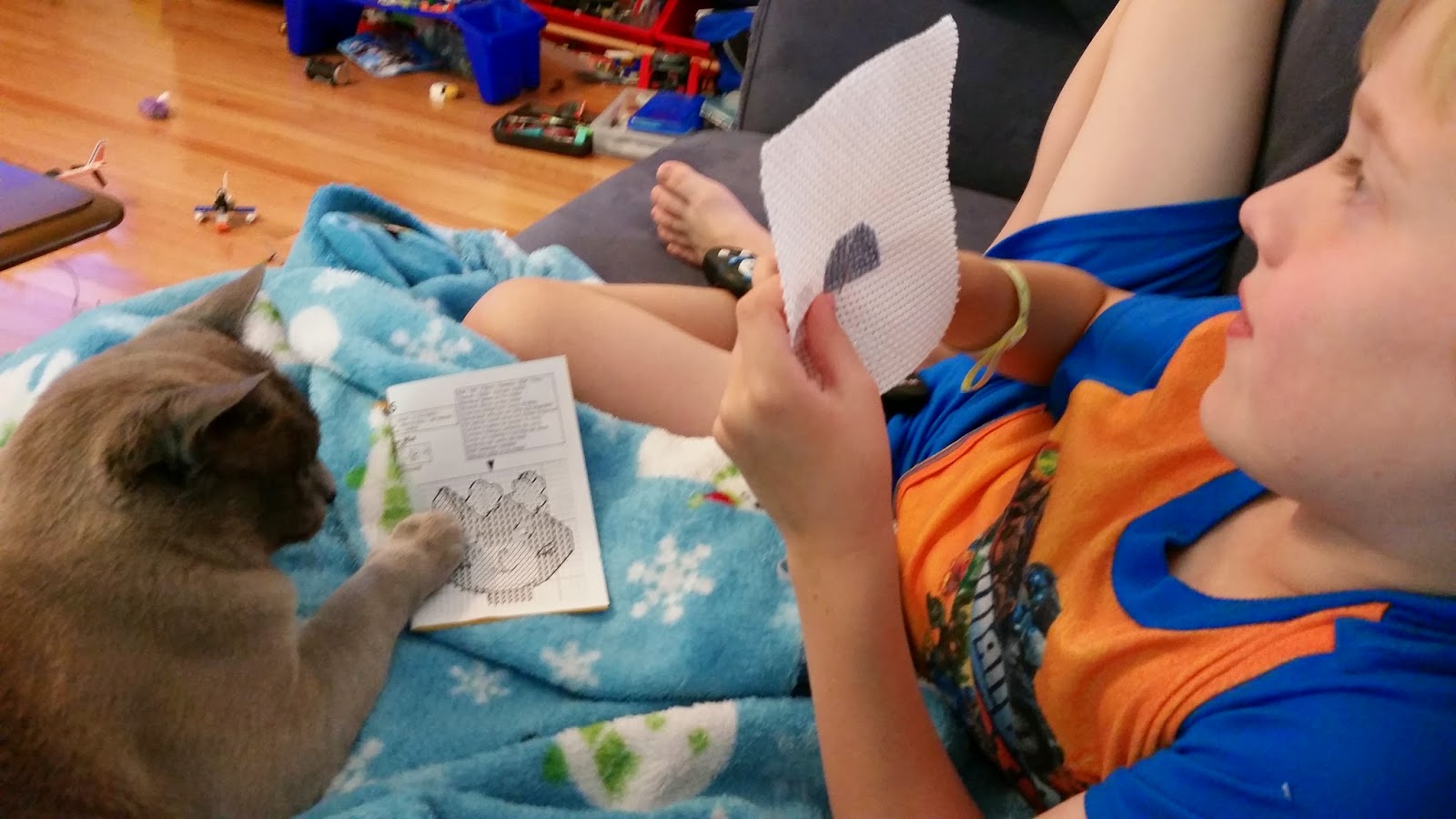 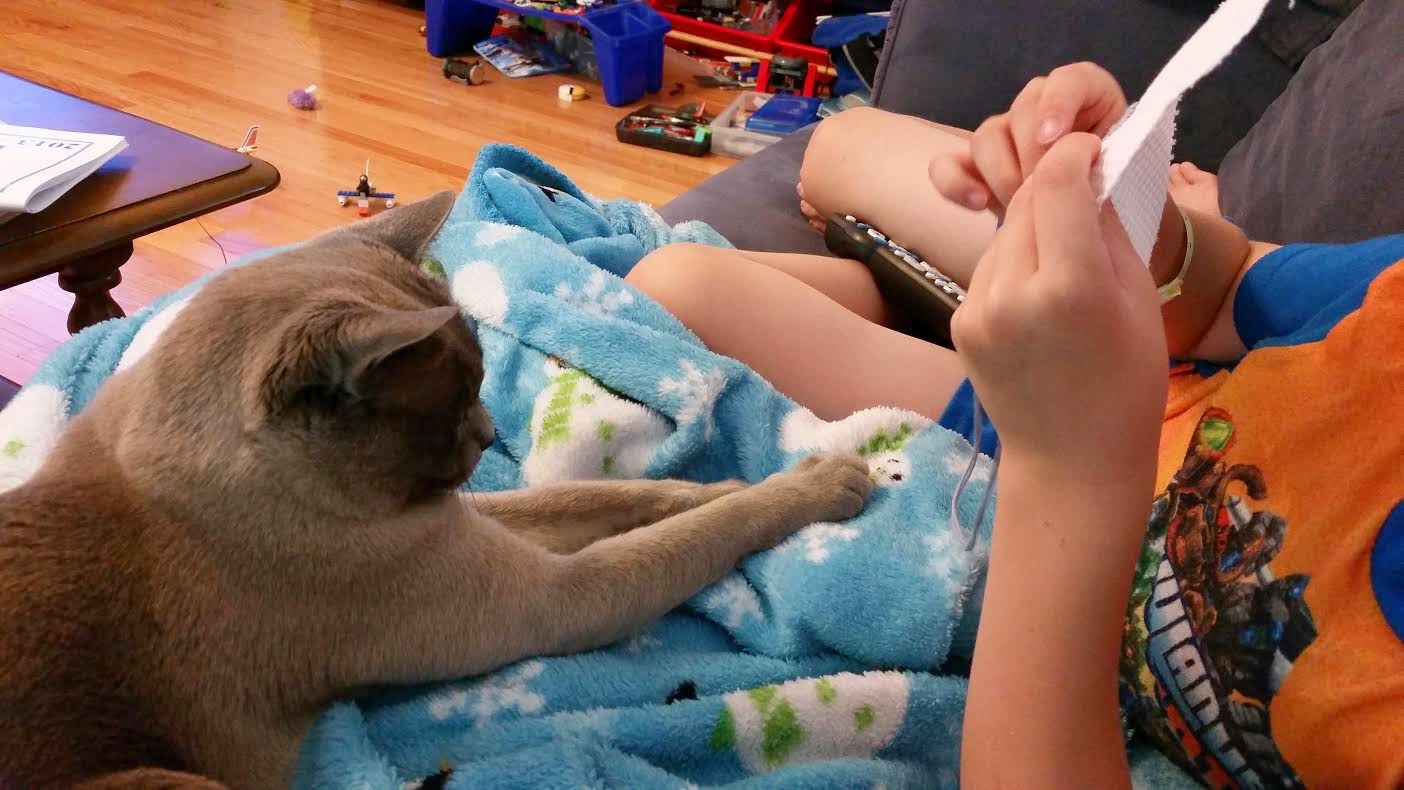 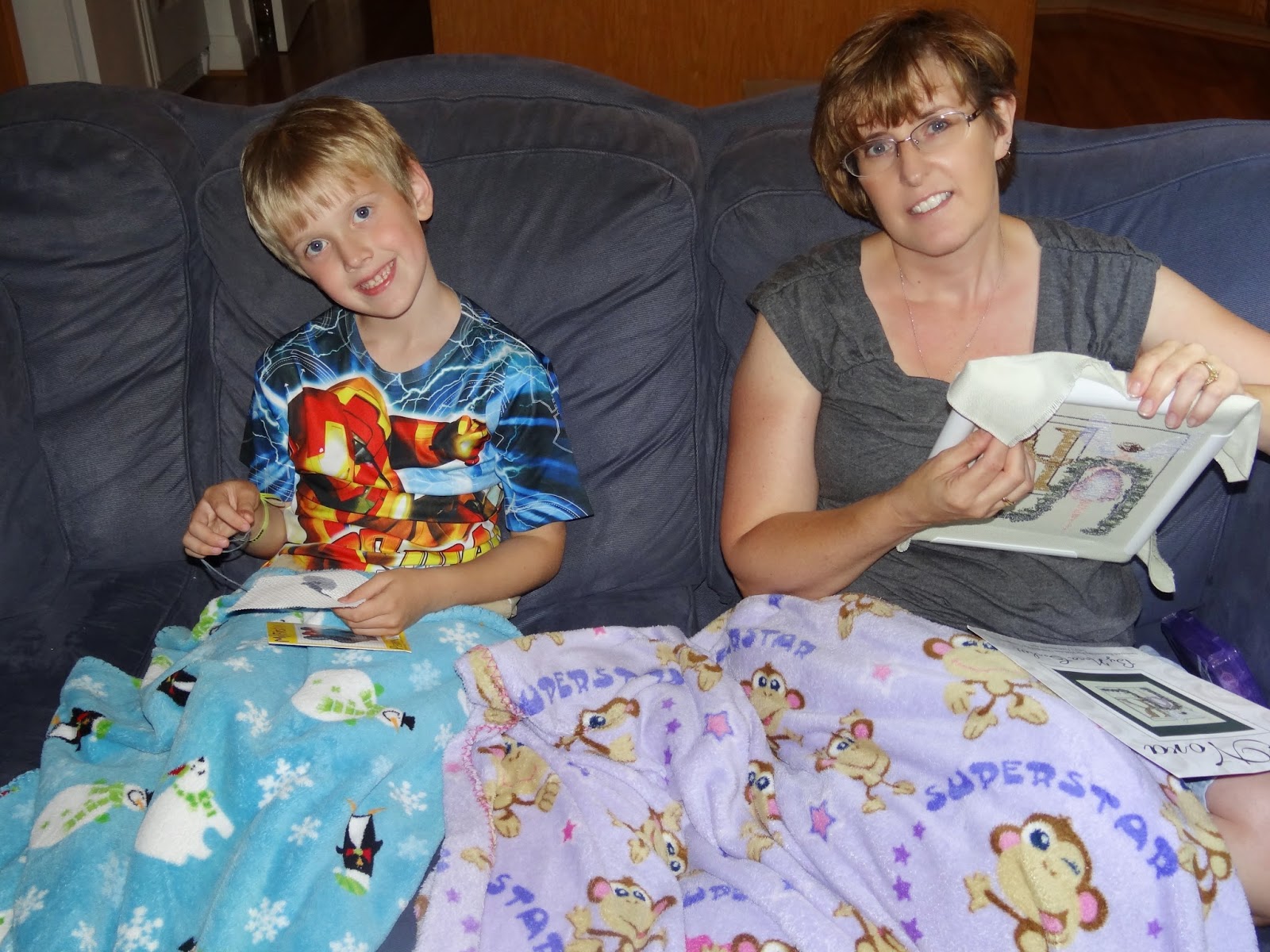 Then is was time for some flag football!

Not only did DJ treat Nathan and I to lunch at Peace of Pizza as a birthday treat, but she also gave me my gift.  She did a great job, I LOVE it!  And it smells wonderful too.  Thank you, my lovely chosen sister! 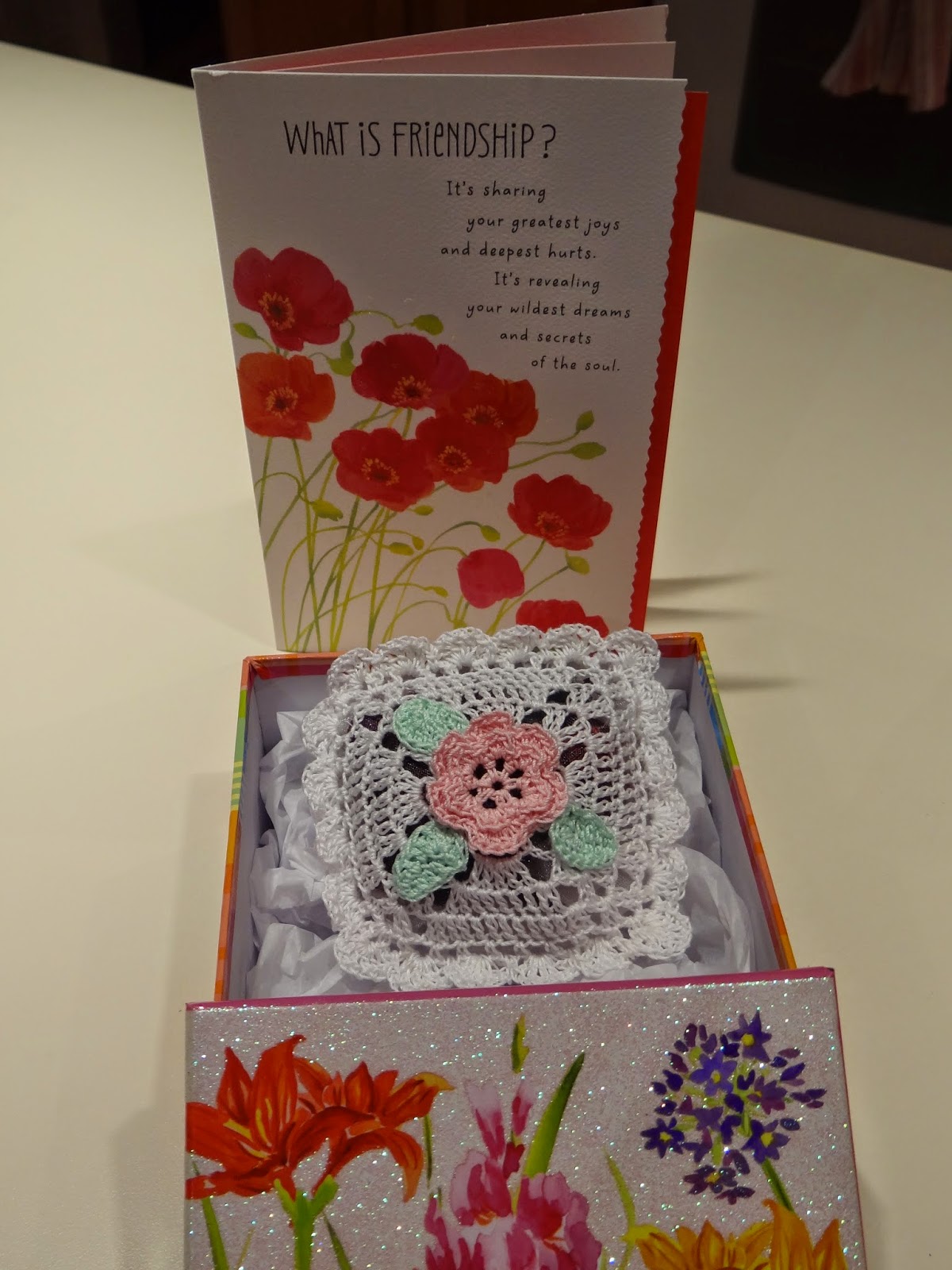 Then another chosen sister, Cori, decided she couldn't wait to give me my birthday present, she was too excited!  A beautiful mermaid photo album and little mermaid box, loving my mermaids!  And she knows how much I love Odie, he will be added to my collection once I unpack it in the new house. 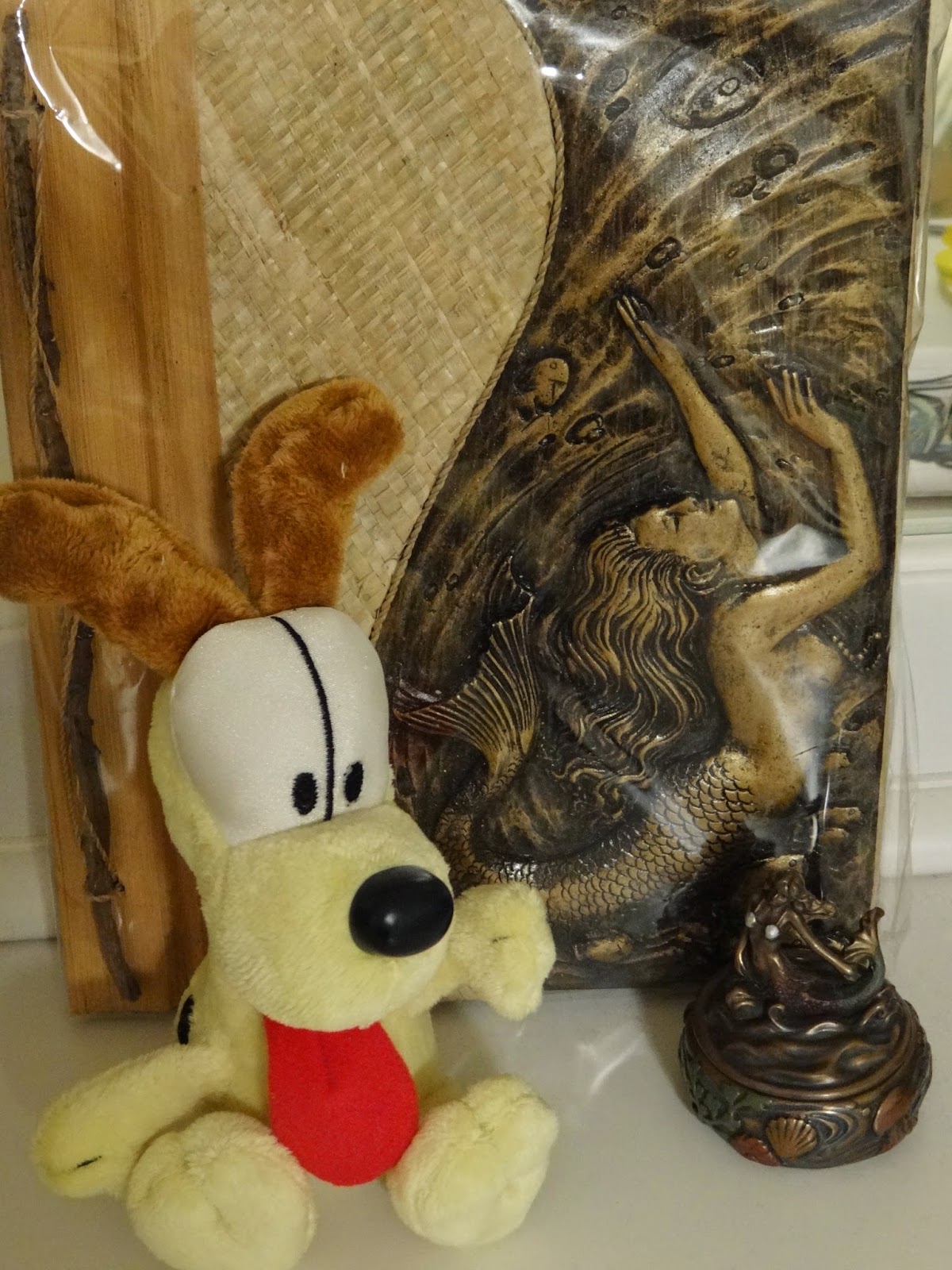 The real birthday celebration will be tomorrow, I think I'm taking Nathan to see "How to Train your Dragon 2".  I really need to look into getting some Astrid toys/dolls/something!
Scribbled by Astrids dragon at 22:53 10 comments:
Email ThisBlogThis!Share to TwitterShare to FacebookShare to Pinterest
Labels: Fun

In April (I'm just a little behind in posting) DJ and I were together before our stitching weekend and I got an email from Vicki at SHINE FM asking me if I'd like to go to a CD release party with Kristian Stanfill.  I could bring a friend and since DJ said she had tried to win the tickets and would have taken me, I took her!  (Not that I wouldn't have taken her anyway!)  So we met at the hotel on a wet, yucky morning, and had a great time. 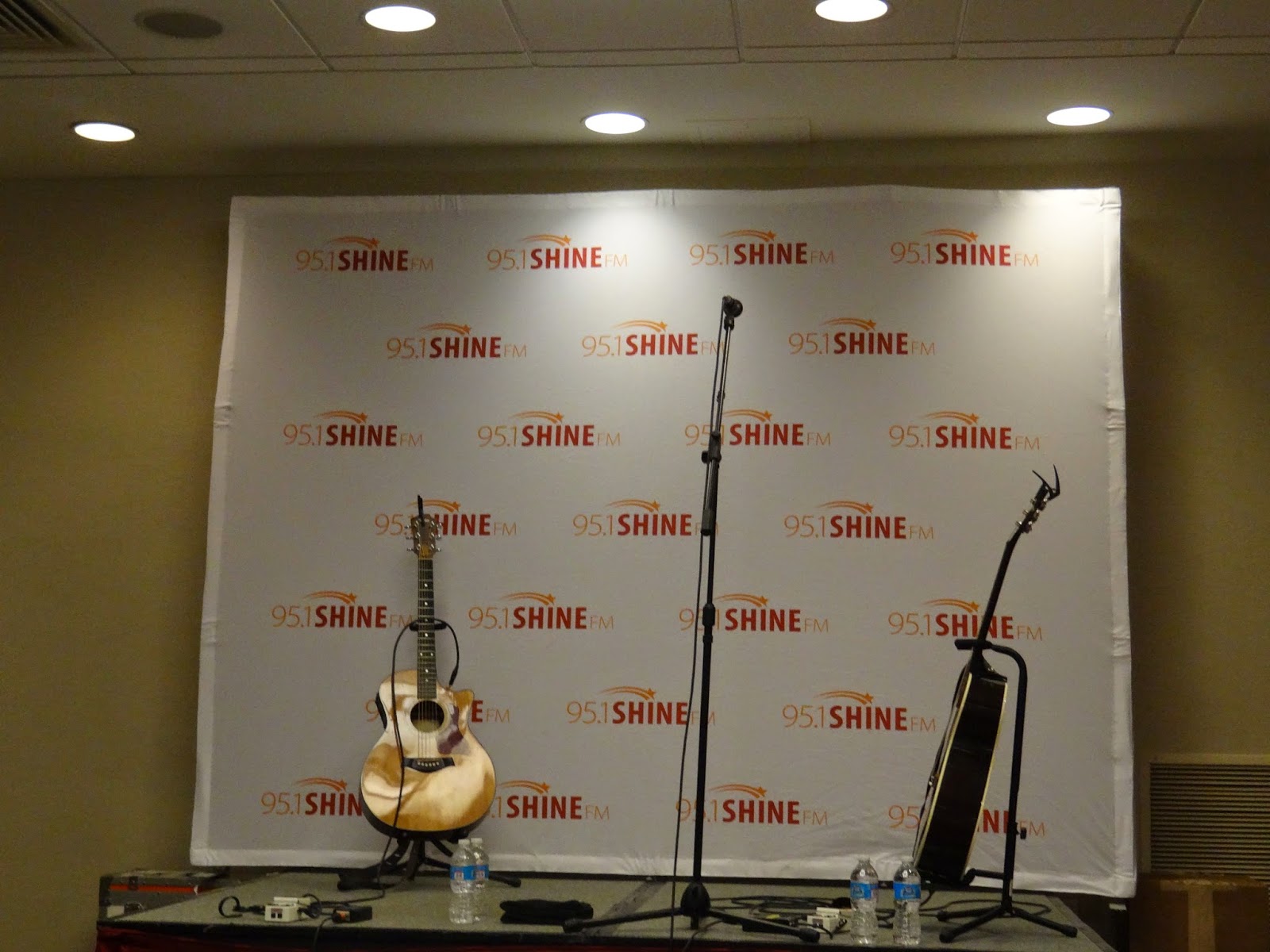 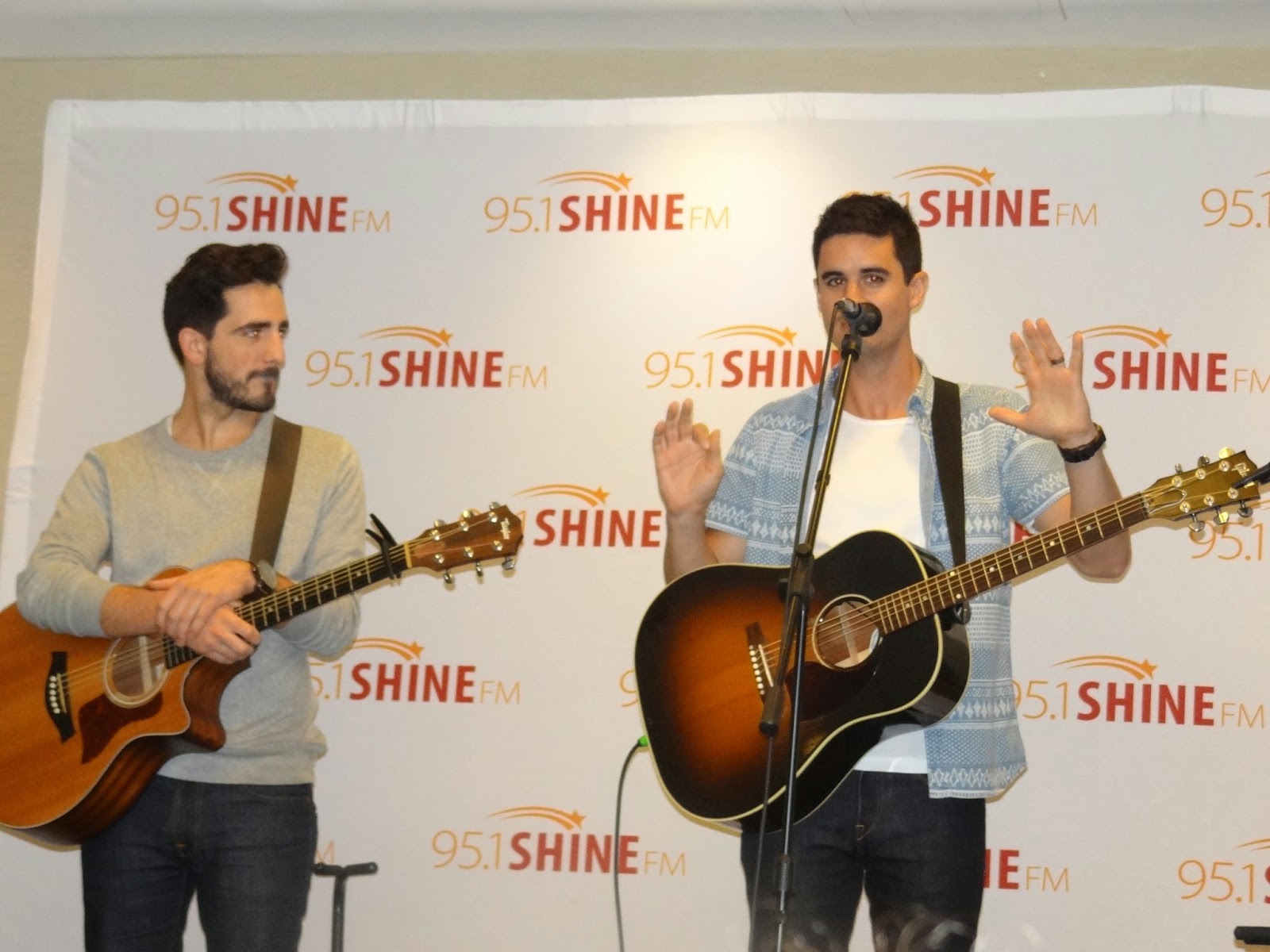 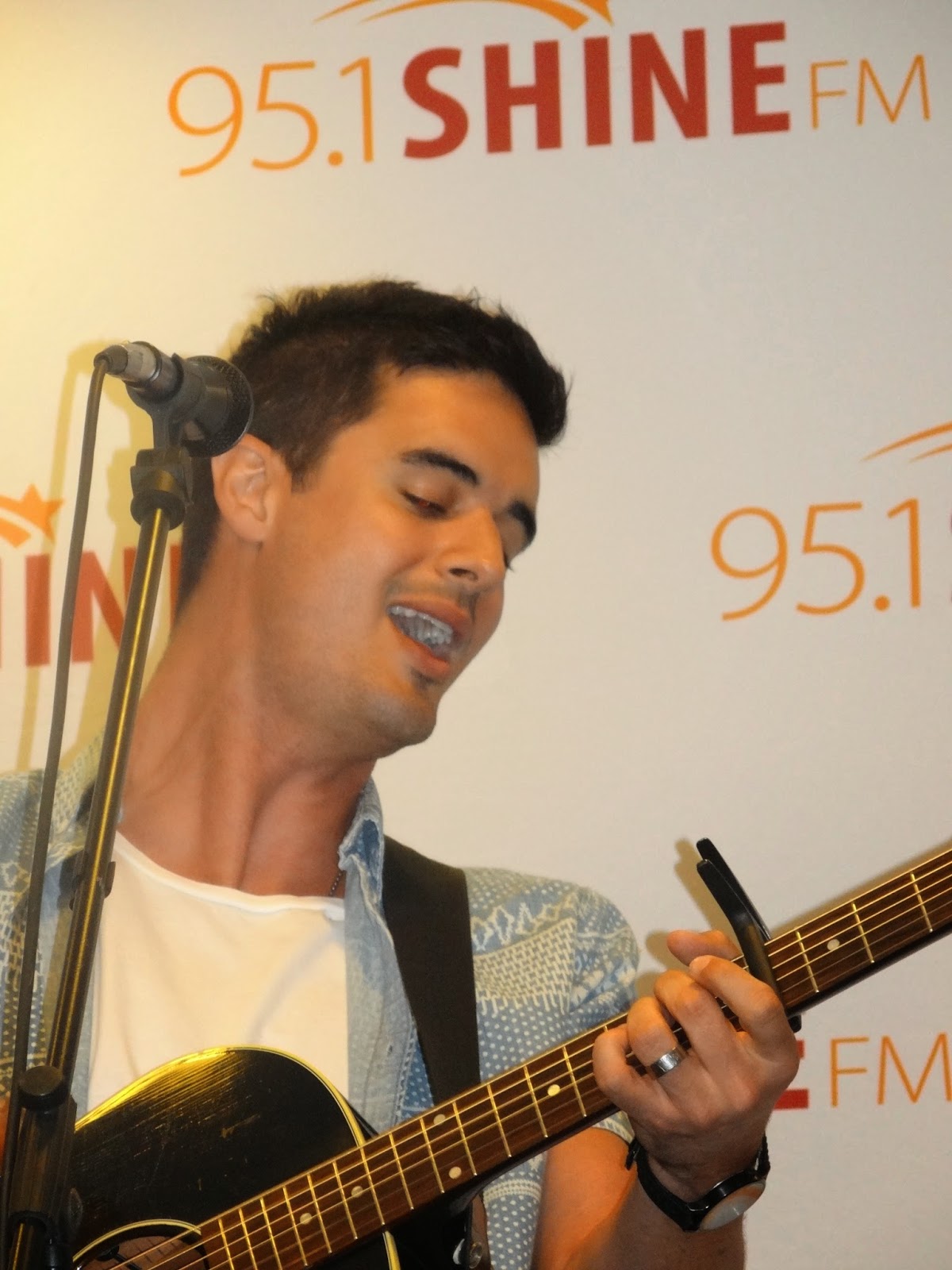 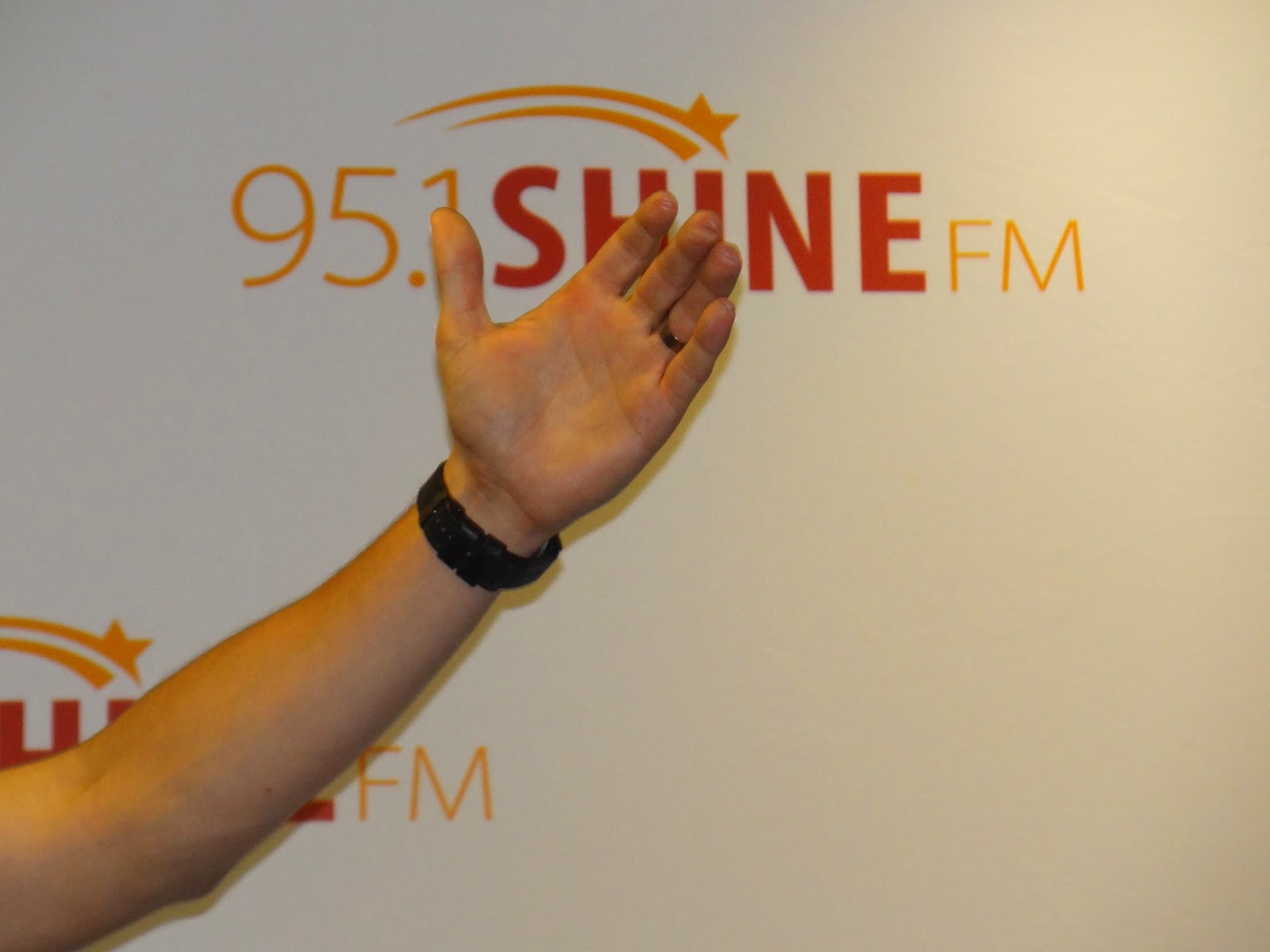 He was awesome, take a listen for yourself... if I did it right.


Then we got to do a little meet and greet and have him sign our CDs. 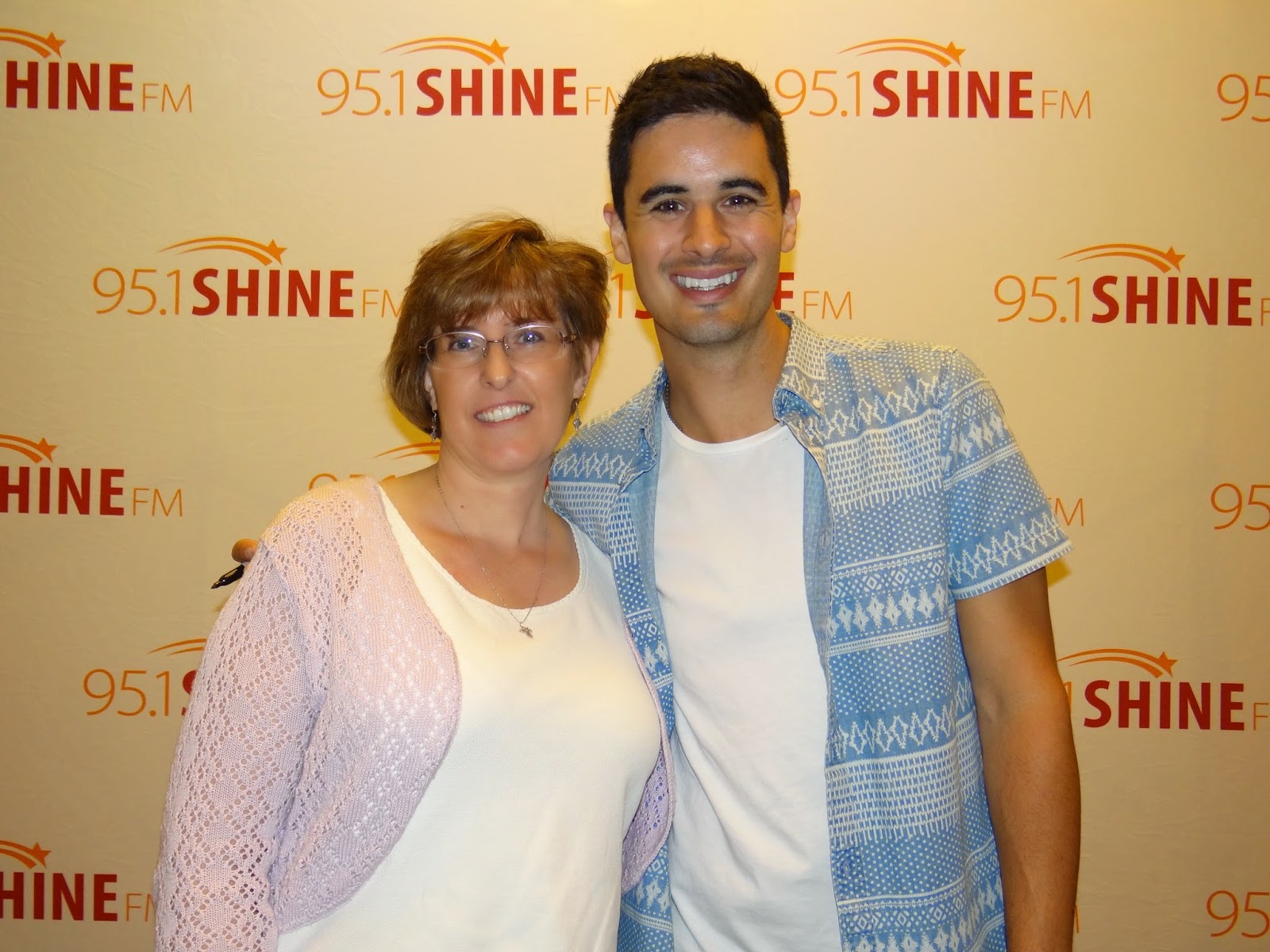 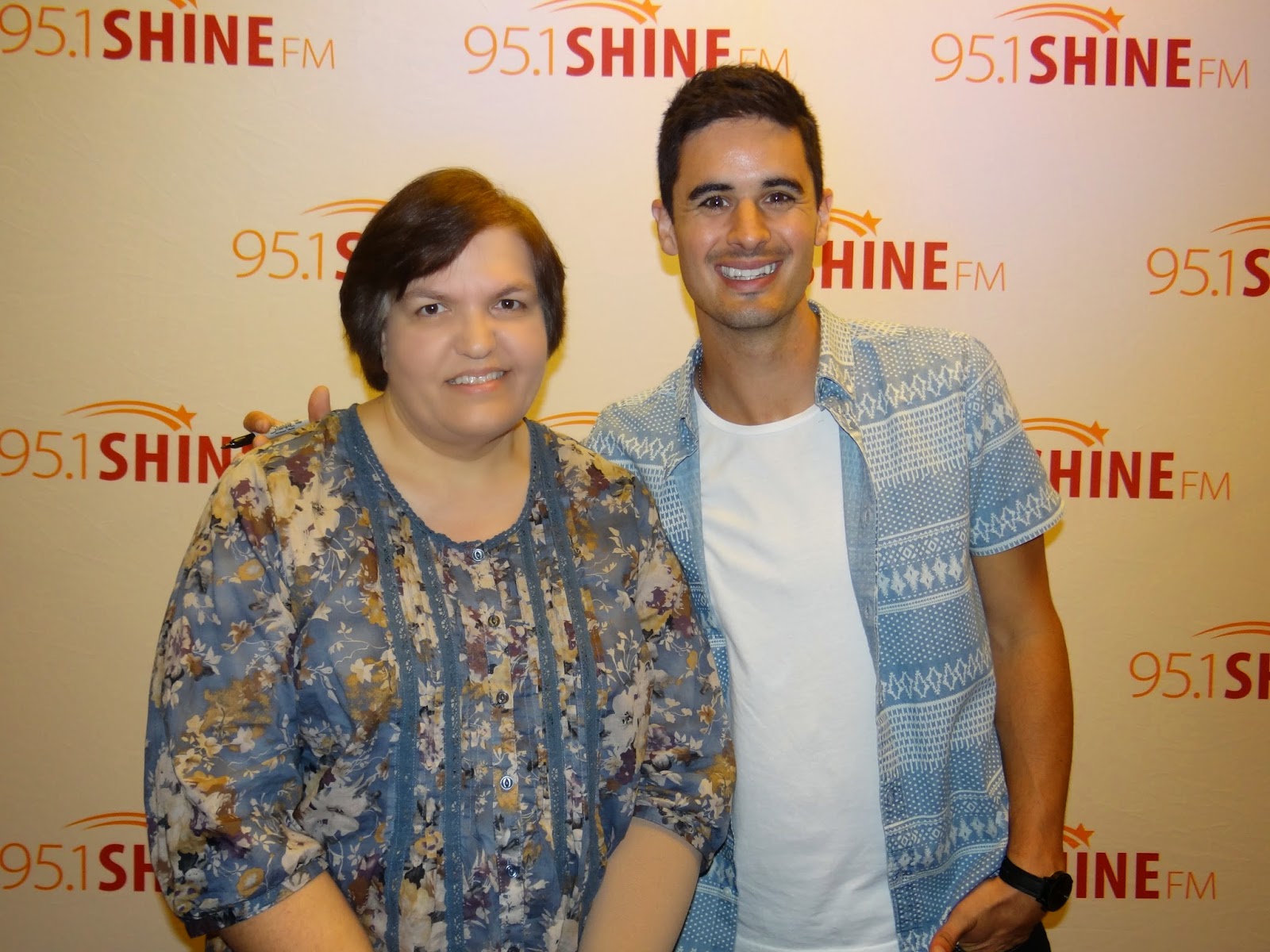 Pastor Jim was there with his wife, I met him at the SHINE Sharathon earlier in the year.
Here he is talking to Erin - she's on the air with Jack from 3pm-7pm. 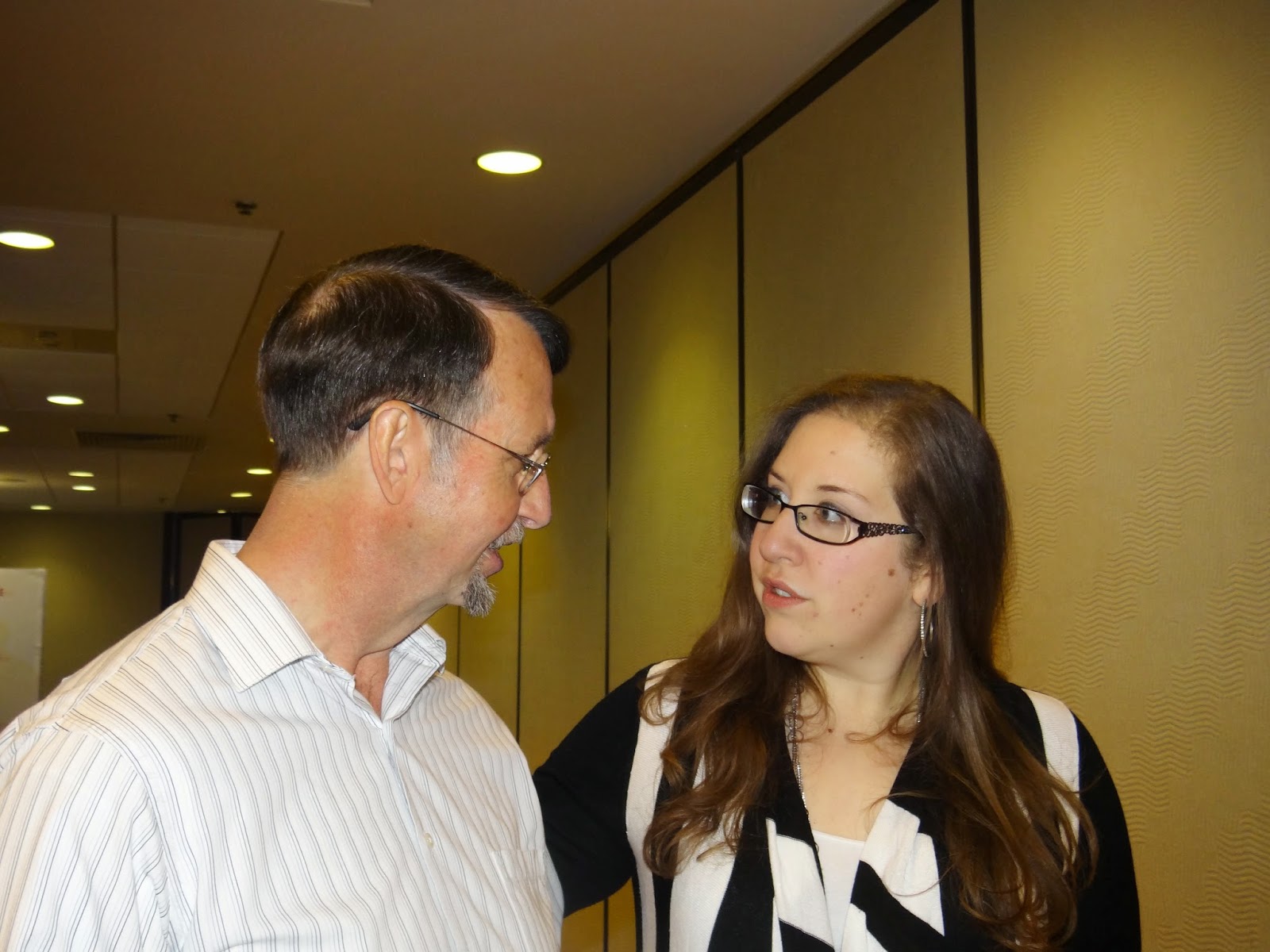 She knows how to make a girl look good! 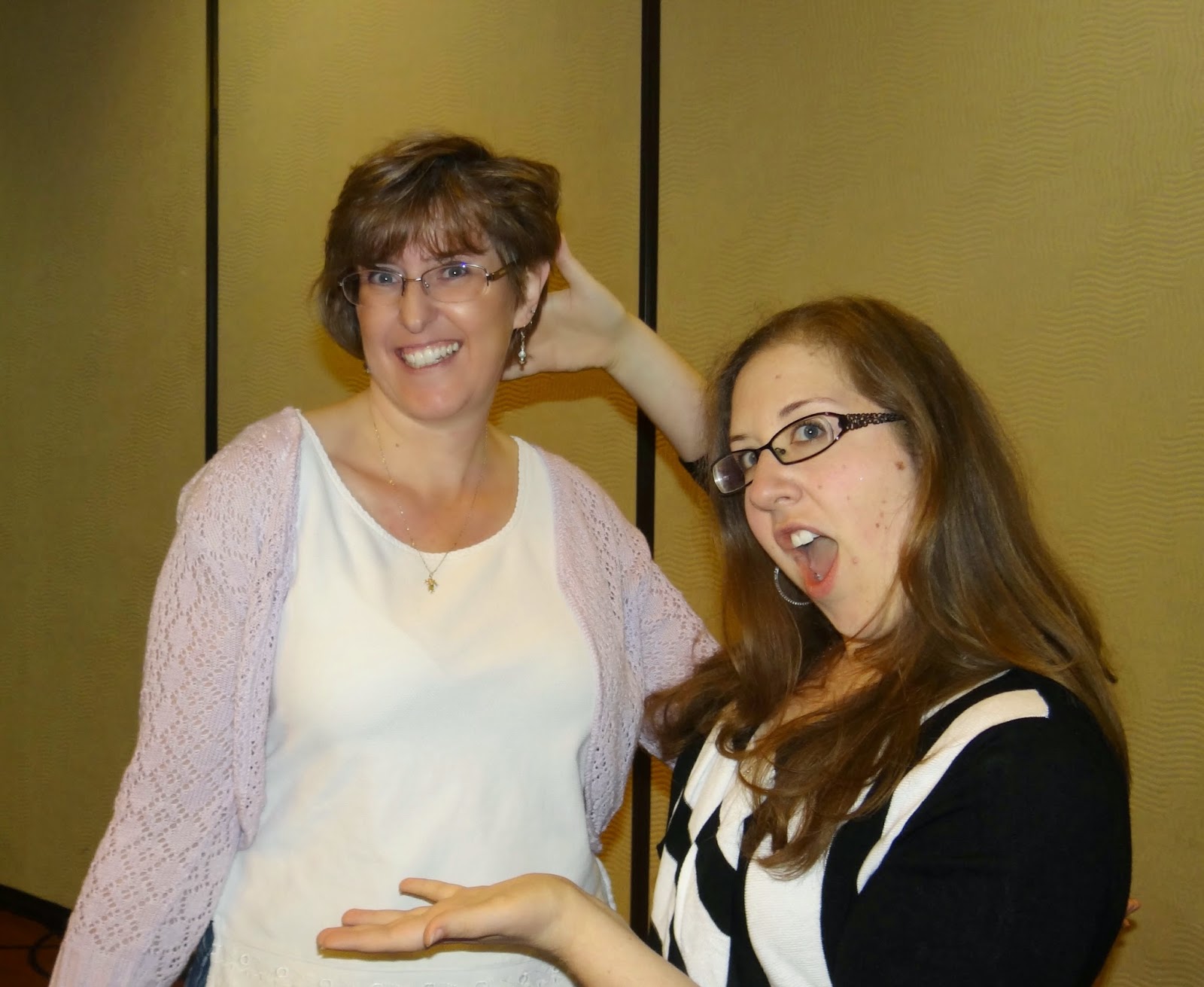 On another SHINE adventure, Nathan had to complete an activity for his cub scout badge and visit a radio station or something similar.  I got in touch with Vicki and scheduled a tour for us on what turned out to be another yucky, foggy morning.  Here's their tower... sort of. 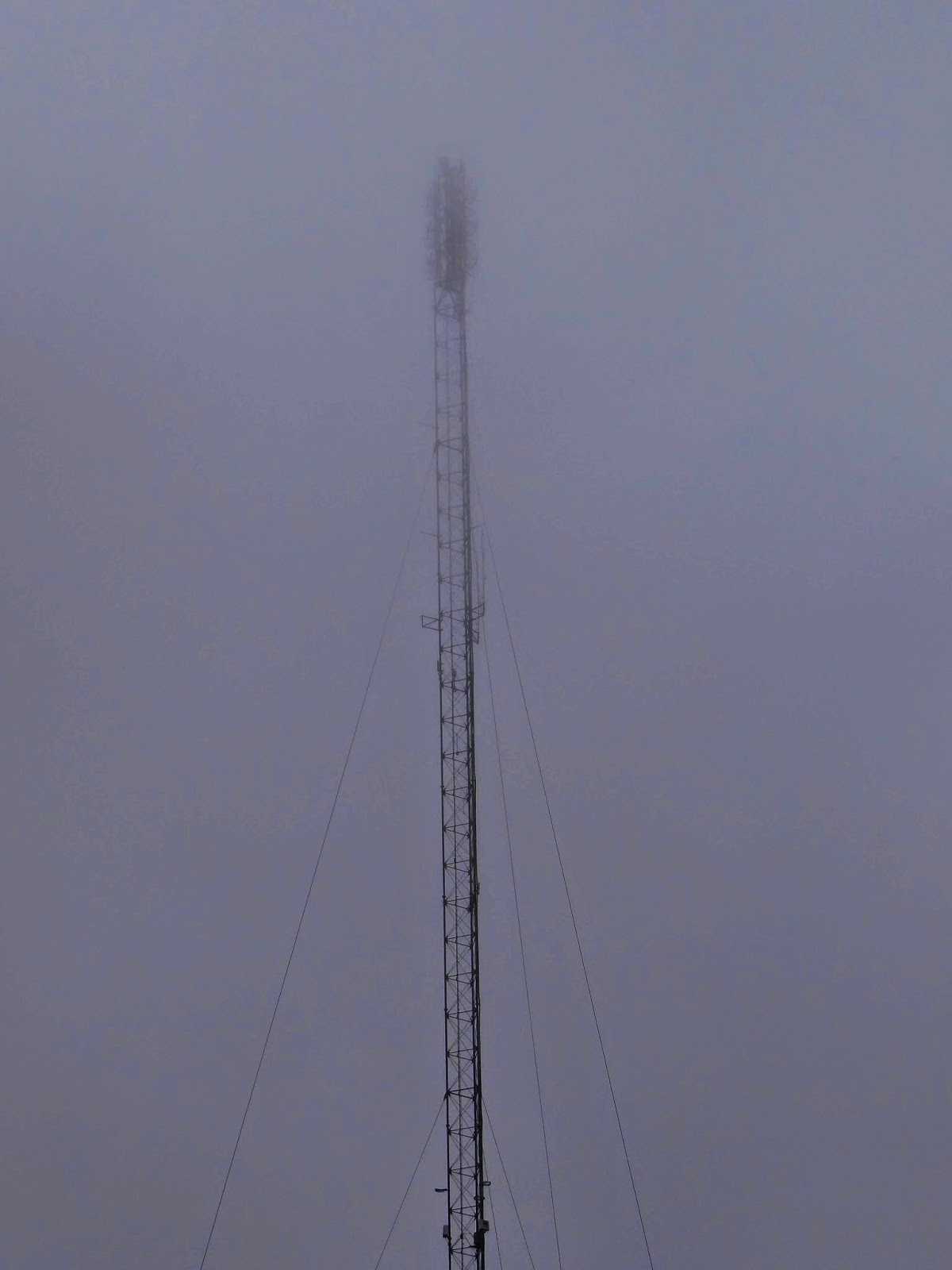 This is the waiting area for special musical guests, too bad it was empty! 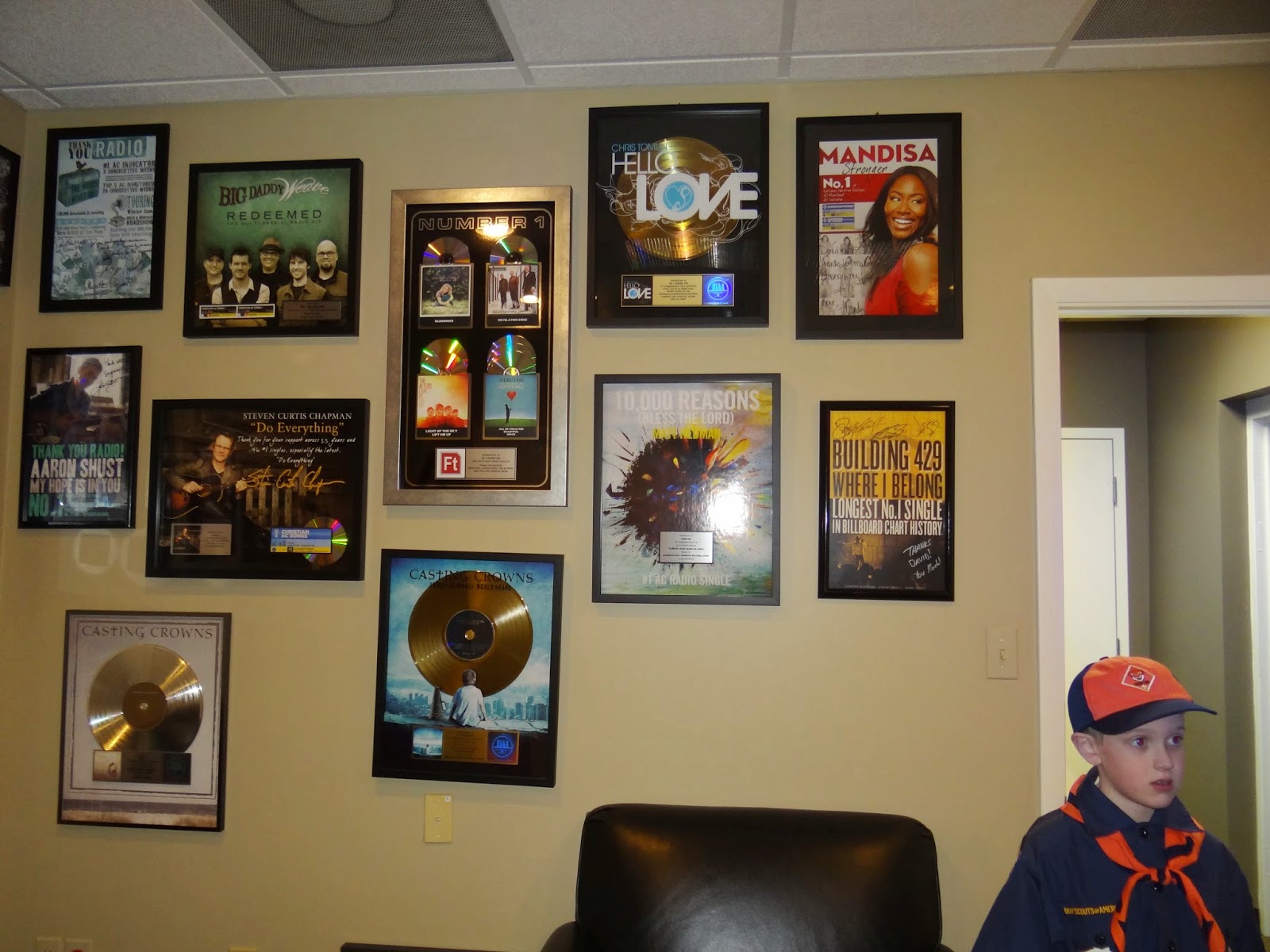 One of the highlights was being able to visit where all the action happens.  Nathan got to meet the morning crew, Tracey, Mike and Dave.  What a treat! 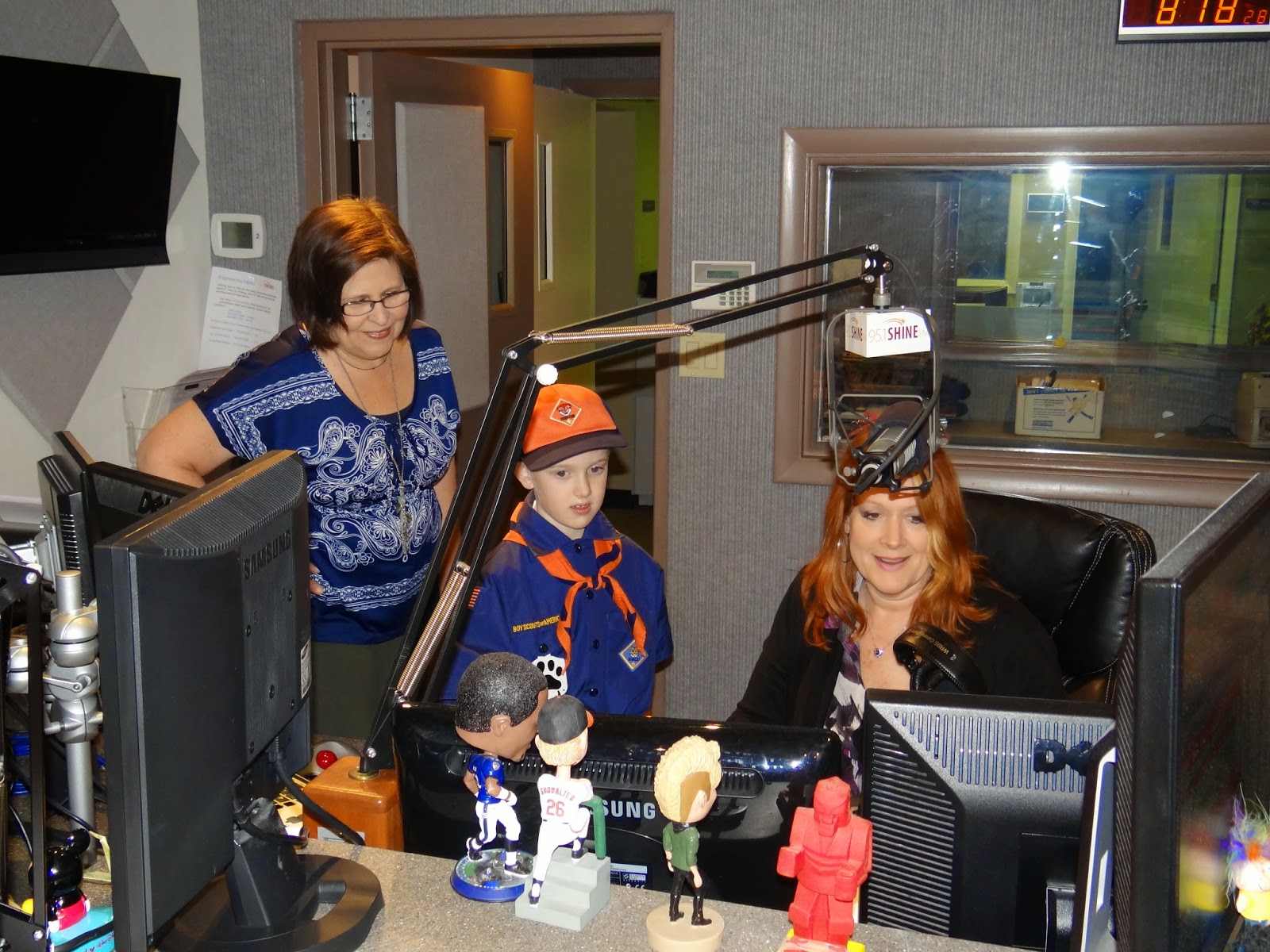 Nathan and Tracey had just high-fived each other after she let him press the button for the next song. 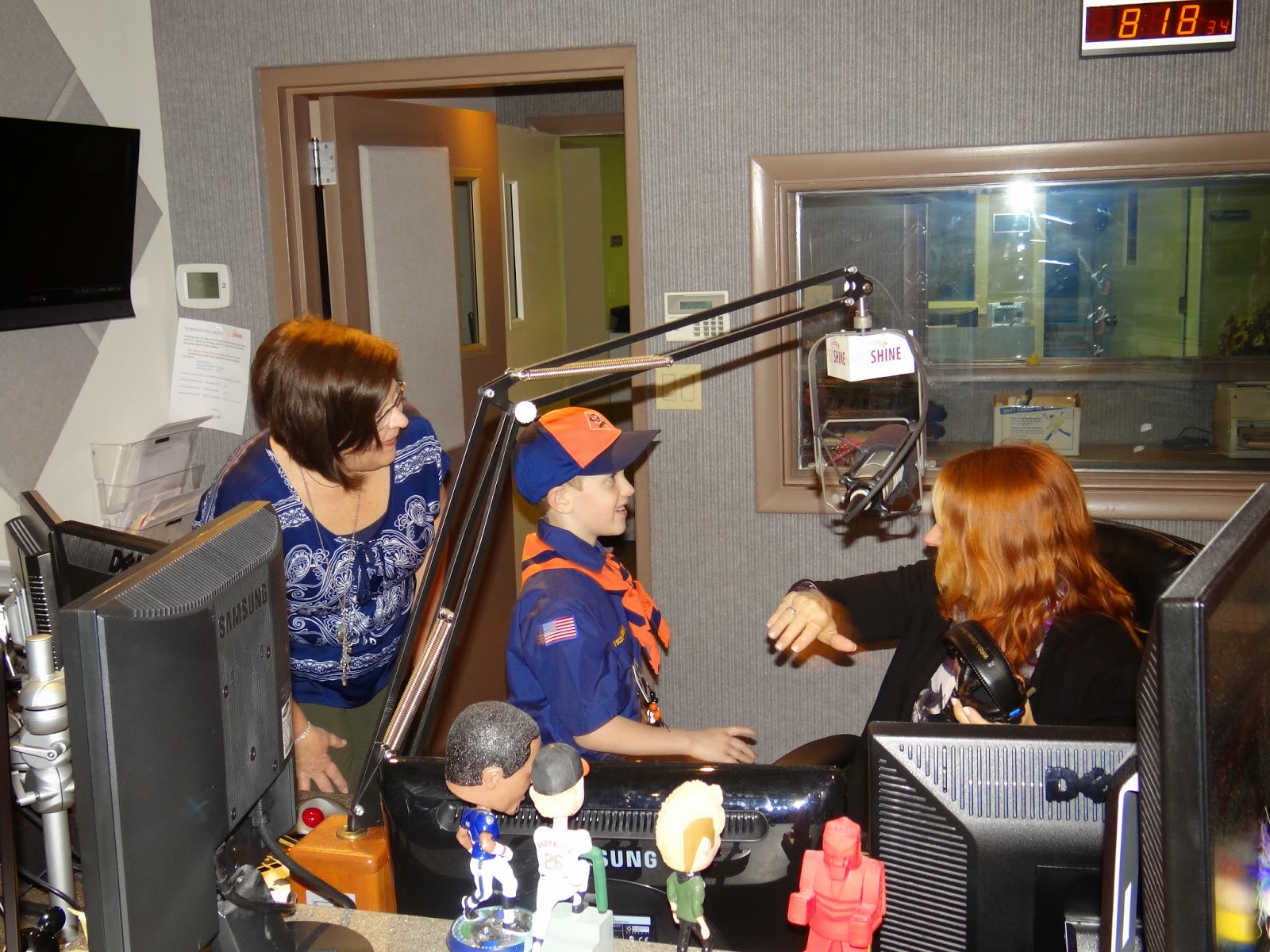 Initially he was shy, but Tracey was wonderful talking with him. 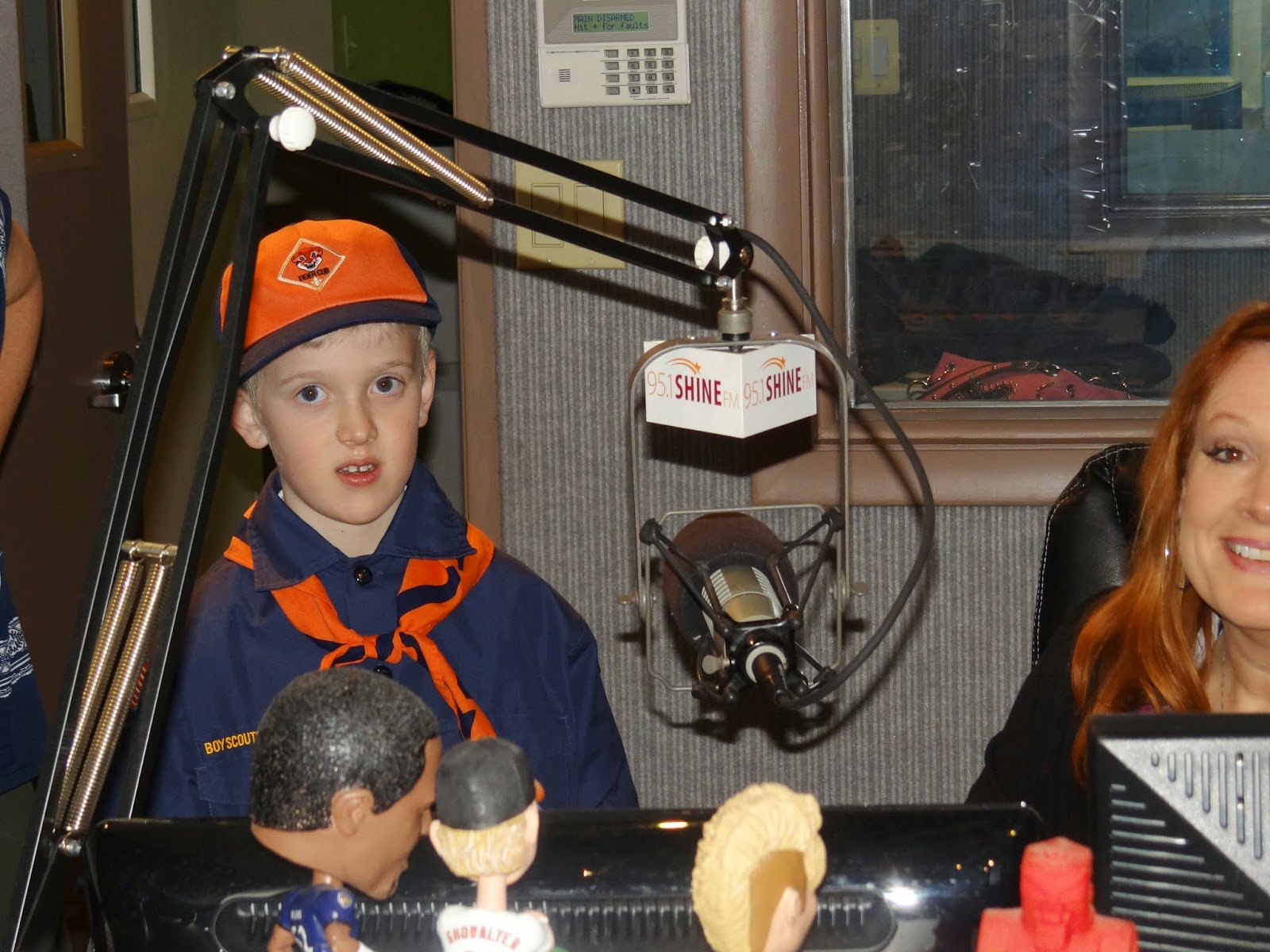 And another favourite part was that Jeff, who works on the AM part of the station, recorded Nathan giving the weather report and he sent me the improved version.  I love it!
Thanks so much to Vicki for making it happen, what a fantastic morning!

So needless to say, another reason I love SHINE FM!  If you're interested in listening too, check it out - 95.1 SHINE FM, and click on LISTEN LIVE! on the left side.  Tell me what you think!
Scribbled by Astrids dragon at 22:26 5 comments:
Email ThisBlogThis!Share to TwitterShare to FacebookShare to Pinterest
Labels: Fun, SHINE fm
Newer Posts Older Posts Home
Subscribe to: Posts (Atom)
Translate