School, sports and some stitching!

Another school year begins...
I can't even believe that these two are seniors, when did that happen?! 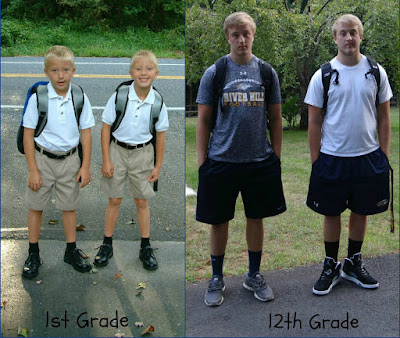 And this guy, 3rd grade already? 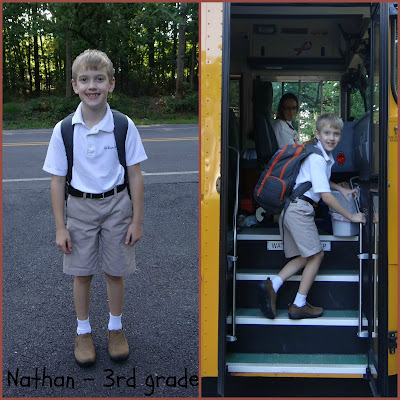 On the varsity team, ready for their first game of the year. 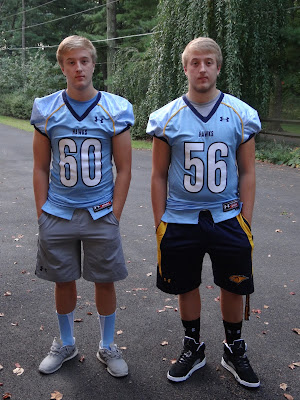 Being a team mom, I helped out with these pins for the Moms to wear on game day. 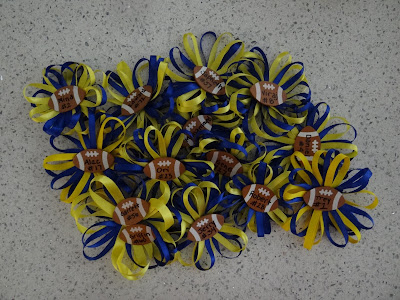 Captain and week Captain, getting ready to start the game. 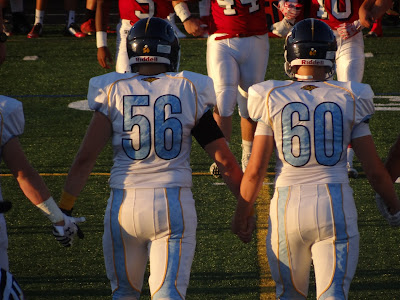 I LOVE THIS!
This is the prayer group before the game, it has grown since last year. 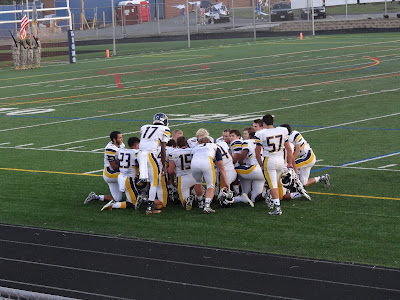 And hey, we have a baseball player! He played in the spring and loved it, so now he's playing fall ball. He's not really interested in football, much to DH's disappointment, but he's having fun playing this kind of ball! 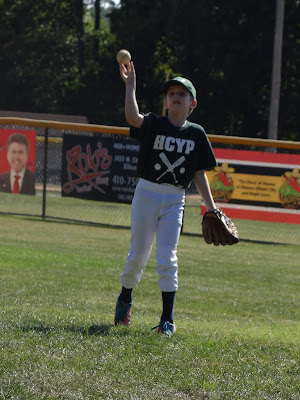 He also had fun at the cub mobile races, he only almost ran a woman over and hit a barrier! At least he's not driving yet. 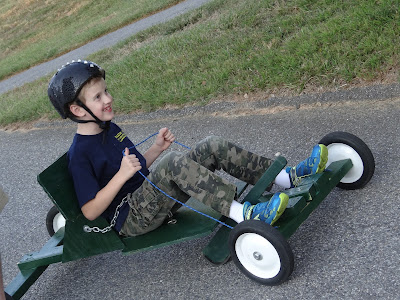 I finished my Mill Hill, Tangled Web, I just need to frame it. I used the glow in the dark thread again and like the result even though it doesn't last long. 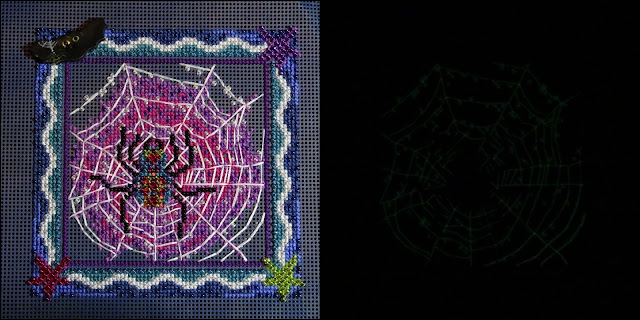 I'm really not sure what to call this except some type of Halloween "tree". I thought about adding spiders to it, but I have to find them in my boxes first. 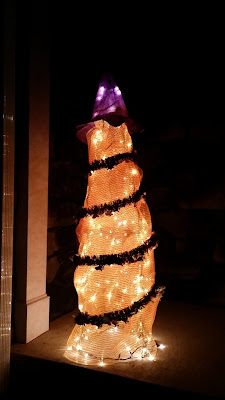 Another lucky birthday girl is getting a warm blankie! I guess he thought it was a good idea since his brother did it for his girlfriend in July. 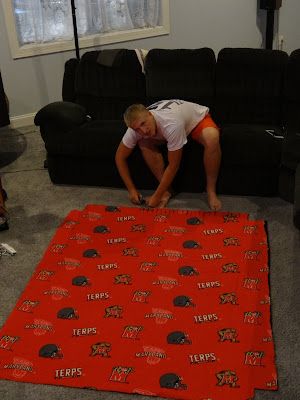 Maybe between two of them, I'll get lucky enough to get one for Christmas!