Welcome to the fourth word of the Scavenger Photo Hunt for October. As always, anyone can join in with whatever inspires you and I can always add it after the sign up is closed.
Costume
This was taken on a family cruise, with about sixteen of us, so many years ago! It was during Thanksgiving and we dressed as Pilgrims and Indians. Nana was the sweetest Pilgrim, but sadly she is no longer with us. It's been six years just the other day and we still miss her. She was something special! 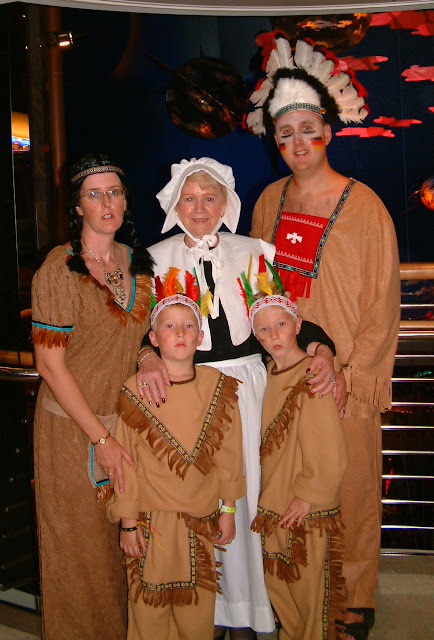 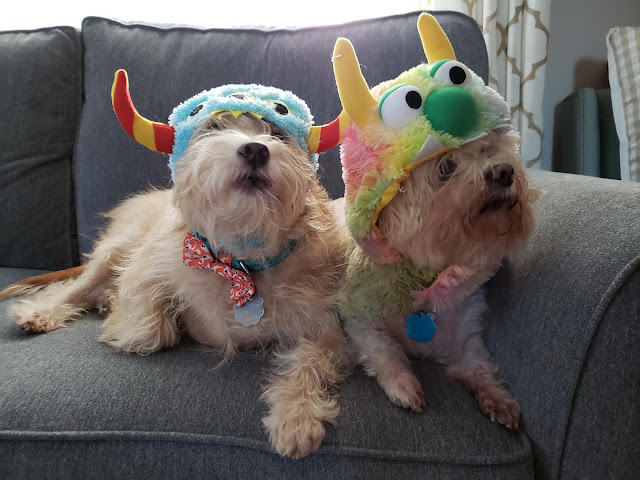 When we still lived in Wales, before moving to the states. 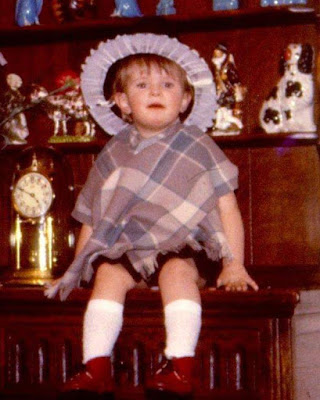 My parents first costume party when we moved to Virginia in 1969. 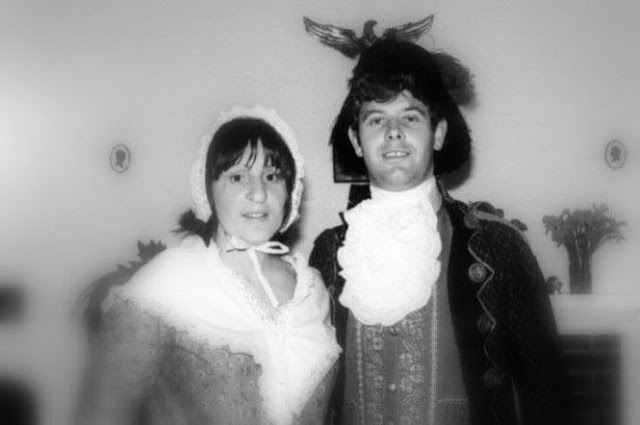 They didn't necessarily have it for Halloween, sometimes it was during the winter for fun.
I know they made these costumes, Dad's was made from white sheets! 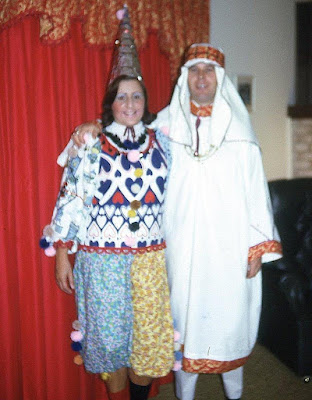 My older brother and I. No fair, he's got a bigger pumpkin! 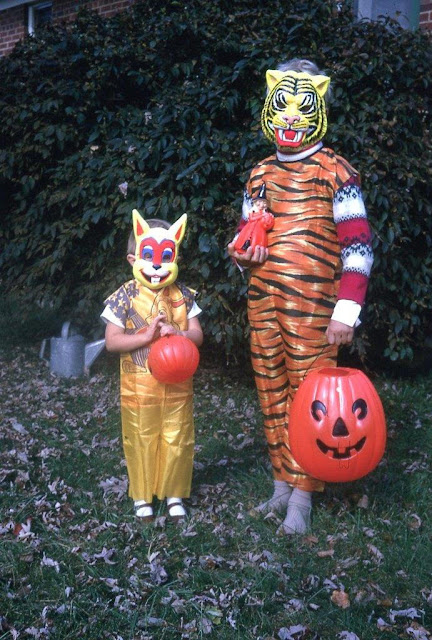 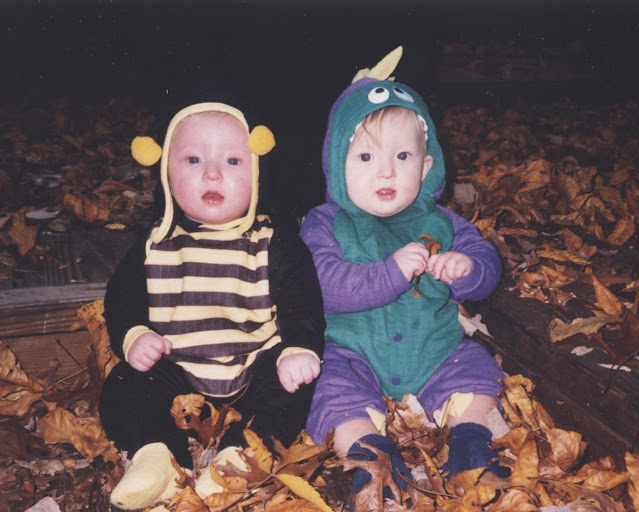 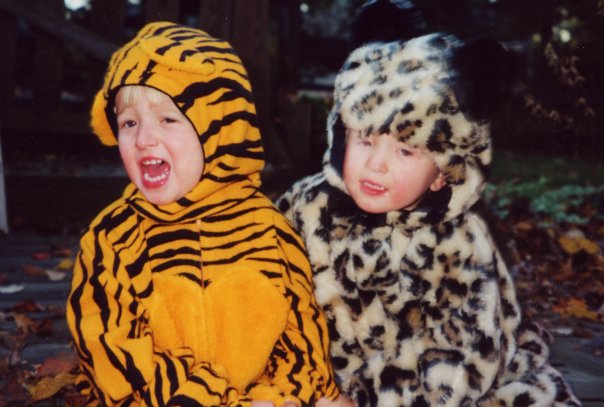 They adored Toy Story with Buzz and Woody. 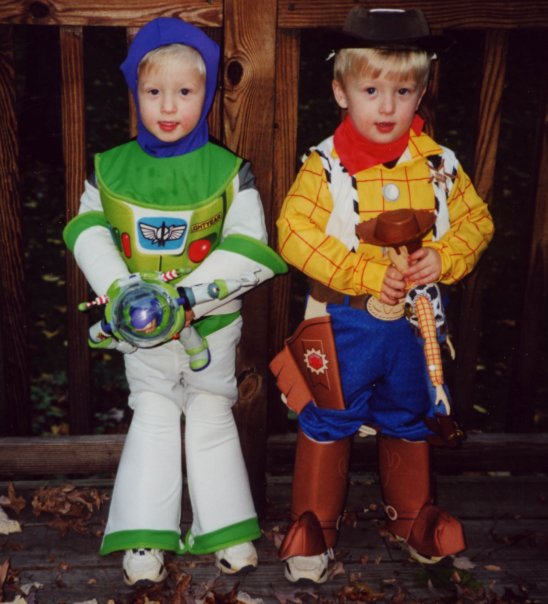 Me too! But we couldn't get DH to be Mr. Potato Head. 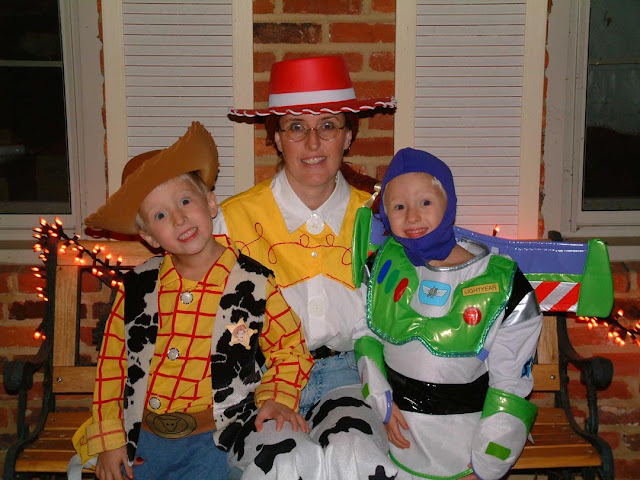 No more cute costumes, onto the scary ones! 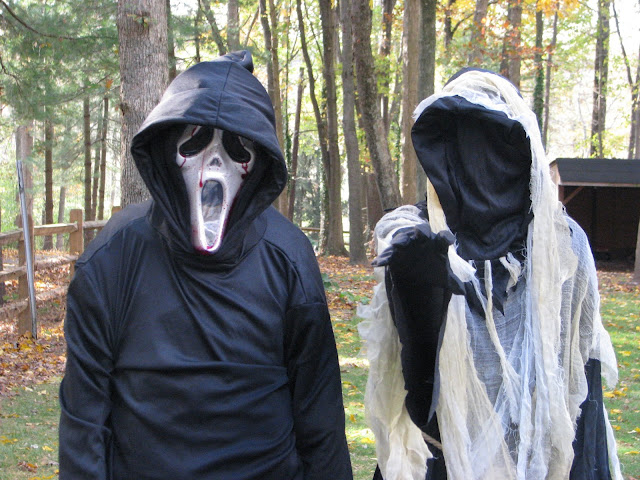 Baby Nathan came along and I got a dragon! 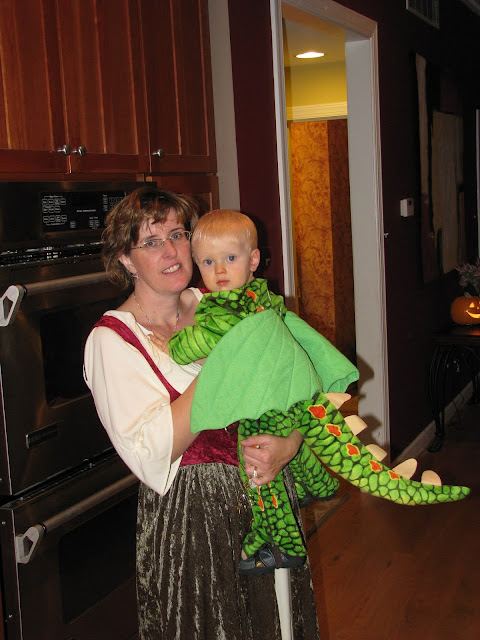 Then HE became a whining cat! This costume was an oldie from DH when he was younger. 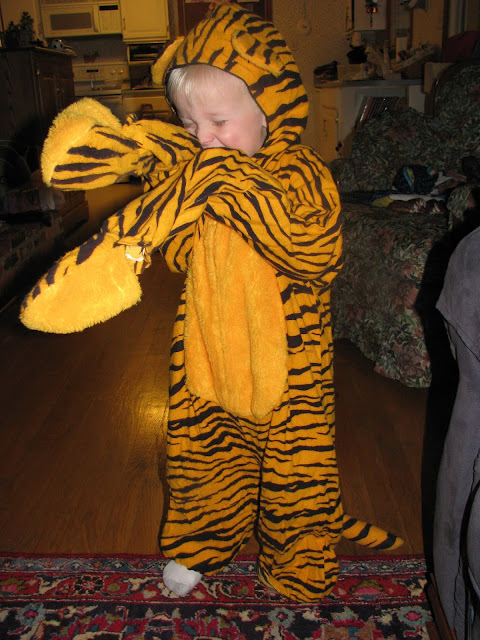 Oh no, he became the dragon slayer! 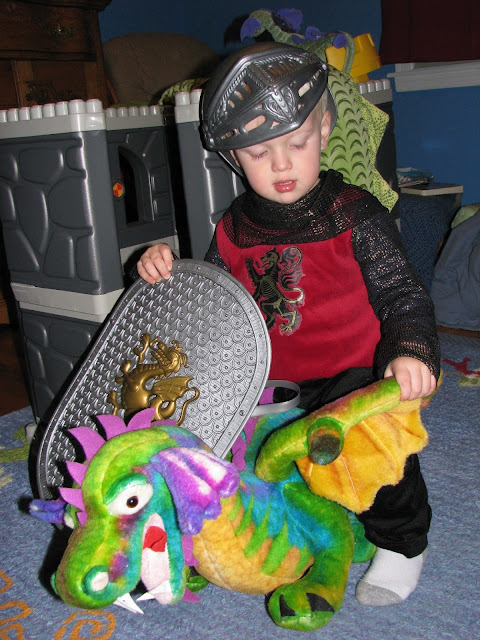 But he sure looks cute! 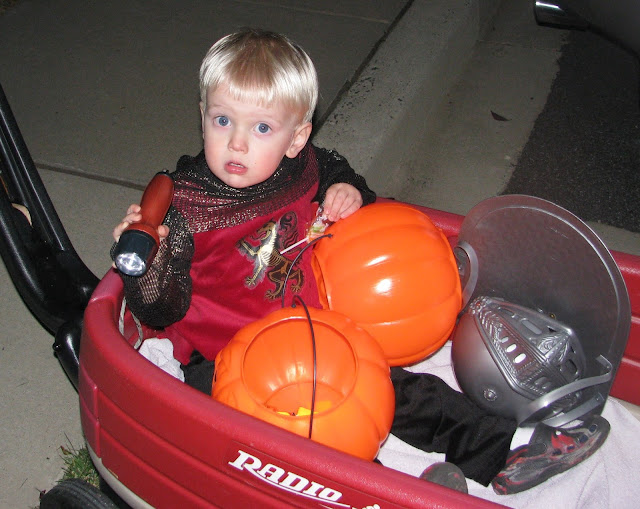 His fourth birthday party at the FD, the fun fireman. 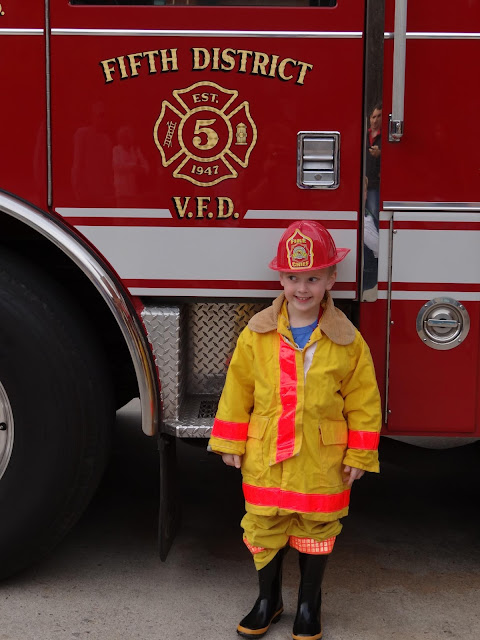 And he loved Buzz and Woody too. 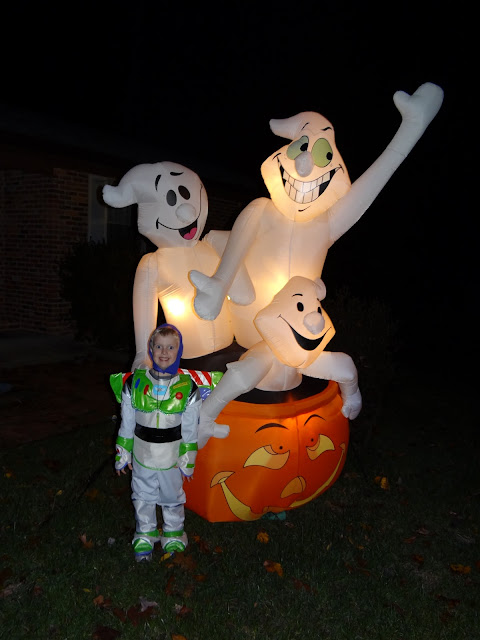 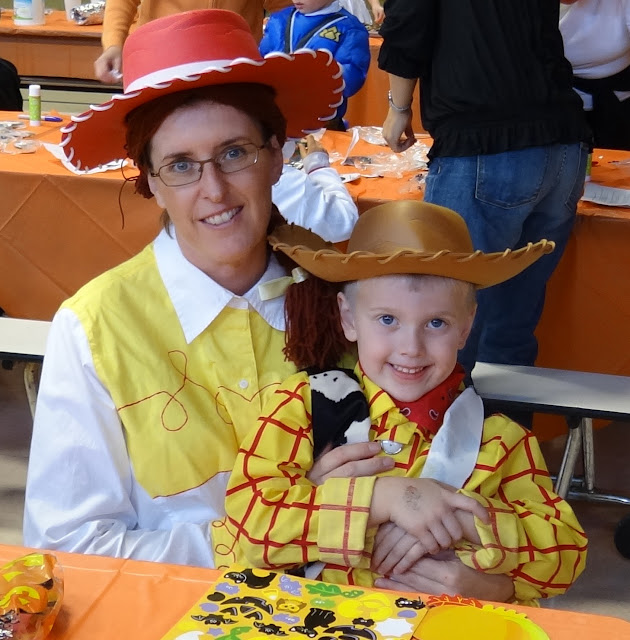 I love this trio! 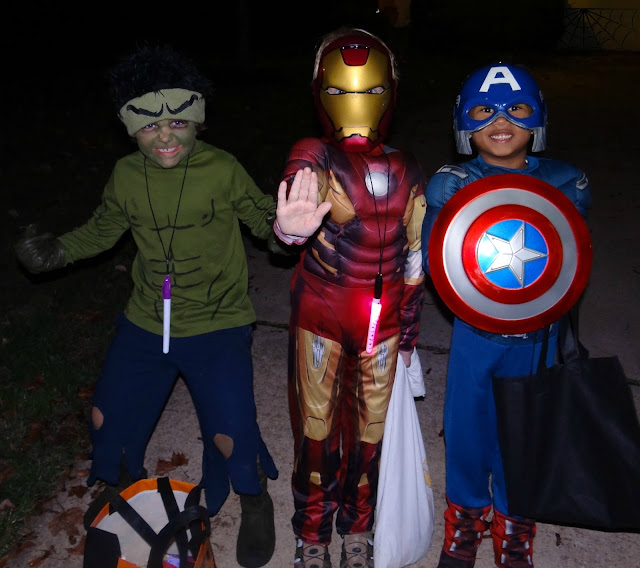 I had a rough night. 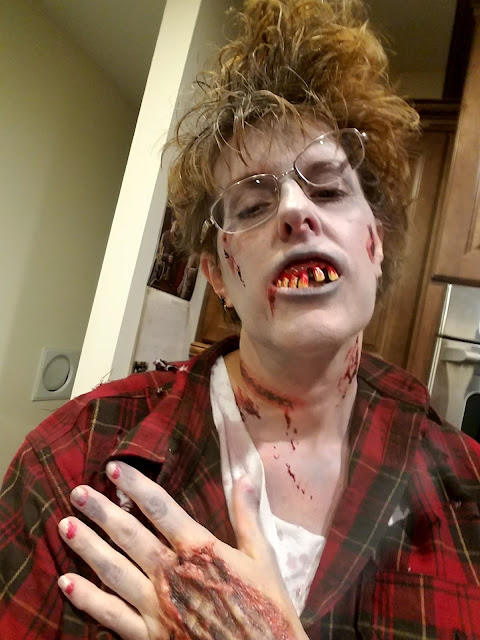 Cori, as Snow White, was not impressed. 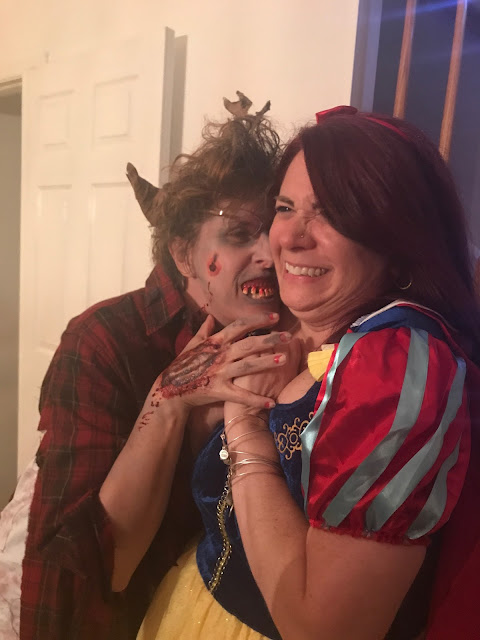 Fun in New York, lots of characters there. 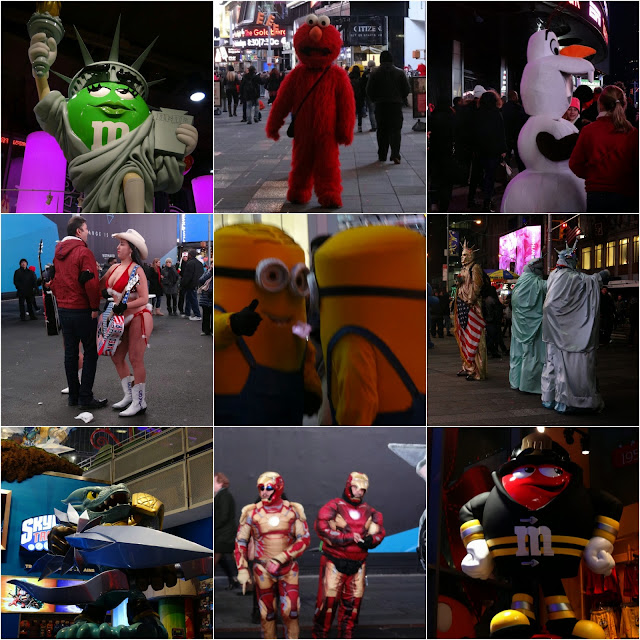 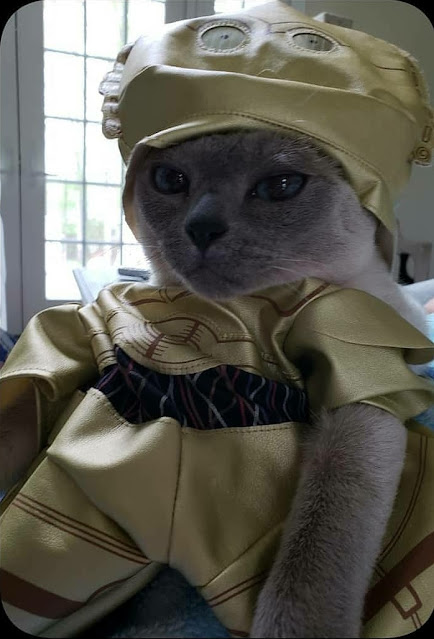 More fun at the Renaissance Festive several years ago. 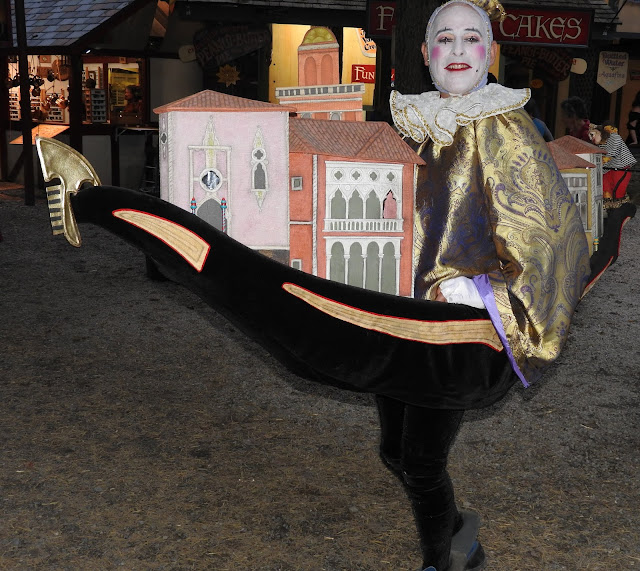 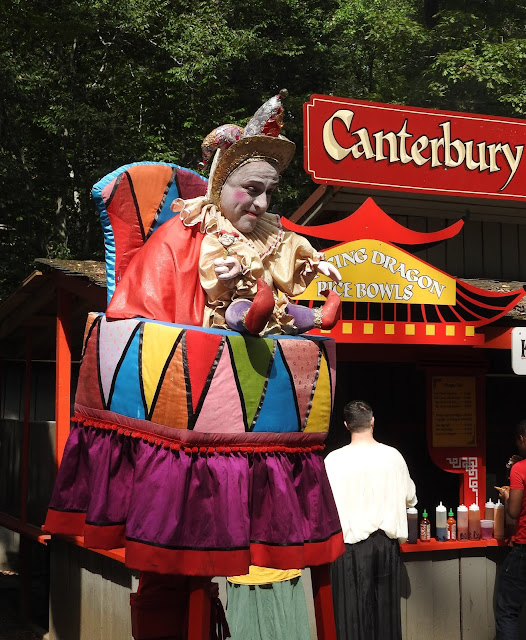 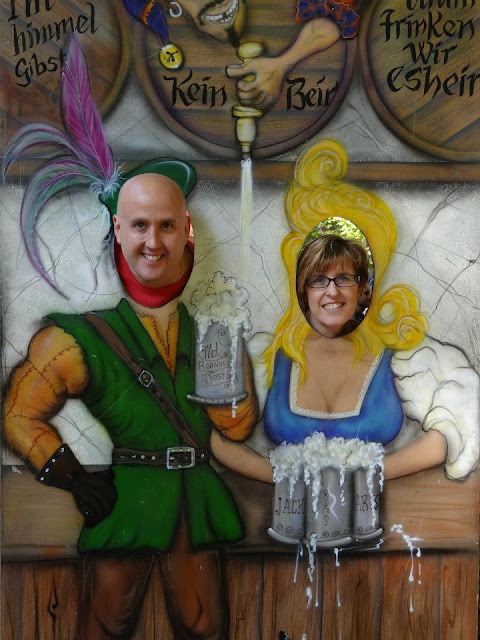 I'm sure I have cross stitch pieces somewhere, but I'm already late in posting this!
See you Friday for the word Halloween, or you can choose your own word, maybe related to autumn?
Scribbled by Astrids dragon at 01:18
Email ThisBlogThis!Share to TwitterShare to FacebookShare to Pinterest
Labels: Halloween, Scavenger photo hunt

Wowzers … so many costumes … I think all little boys seem to progress from Woody to the grim reaper 🙈. I will be late with my Halloween contribution as we are not seeing our little man until Sunday night … hopefully we will manage to get a few photos 😃

Astrid: What a fun post, thank-you for sharing this delightful montage of fun photos.
You are a very lovely Lady.

What a fun post Astrid. So many great costumes.

Oh my goodness! You have so many wonderful costume pictures!!!

Threads through my life said...

What an amazing photo archive you must have. Your camera must never leave your side or if it does, someone is there to take over from you. I hope your boys enjoy seeing their younger selves in all those different costumes!

What a wonderful set of pictures. So many different costumes. I love the way that your boys start of cute and Disney themed than as they grow older it is all Baddies and evil looking teeth and blood. My best of course must be a most disgruntled looking Ming as C-£PO.Sorry comments late this week.😀 x